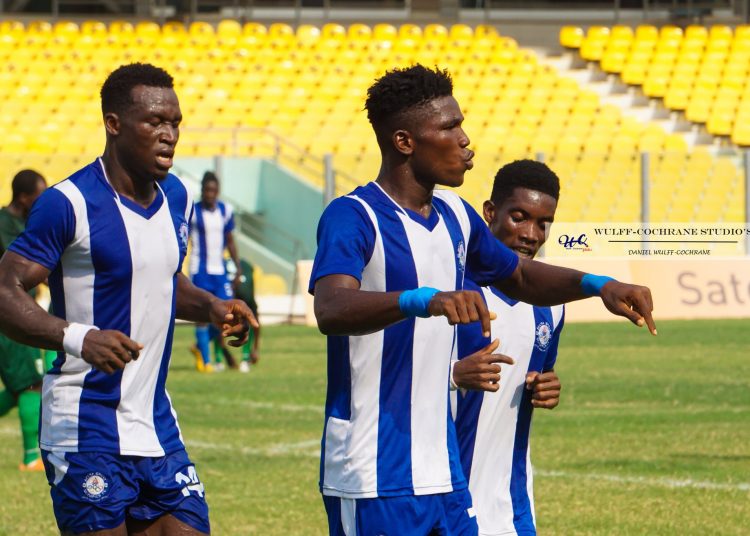 Maxwell Abbey Quaye’s first half strike was enough to hand Accra Great Olympics victory over Elmina Sharks in Accra and take them second on the Ghana Premier League table.

Olympics took advantage of an early dominance to get the only goal of the game when Abbey Quaye latched onto a brilliant pass to finish off neatly.

The Visitors had an early chance through James Bissue but it was not enough to threaten the Great Olympics defense who were determined not to concede.

The hosts went into the break with the advantage and could have doubled their lead in the second half but Mudarisu’s strike was parried by Bawa Martey.

Great Olympics move into second with the victory while Elmina Sharks sit in 13th place.