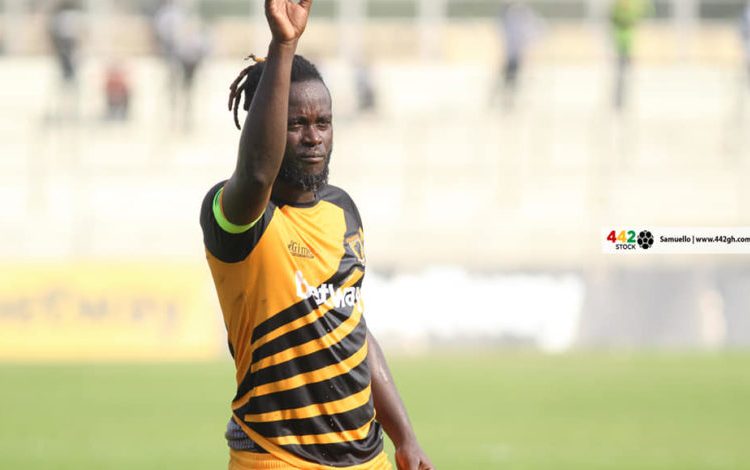 The experienced forward had rejoined the Miners for a second stint prior to the start of the 2020/21 season.

But after scoring five goals in 8 appearances this campaign, Kwofie has accepted a transfer offer from the Royals, ending the 18-month deal he signed in July 2020.

The move allows the 31-year-old to link up with coach Bashir Hayford who mentored him a couple of seasons ago.

It was under the guidance of Hayford that Kwofie netted 17 goals at AshantiGold to win the goal king award at the end of the 2016/17 GPL.

Legon Cities – who have lacked a cutting edge in the final third this season – are in the market for solutions to their striking problems.