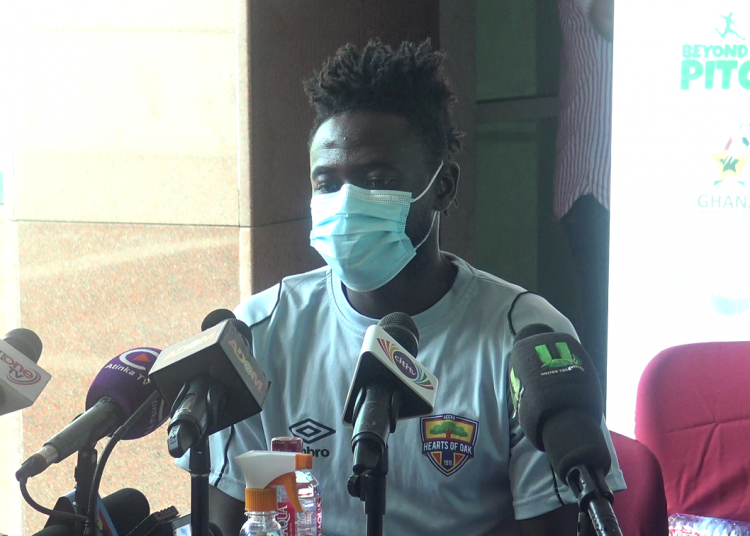 Hearts of Oak captain, Fatawu Mohammed, has accused former coach Kosta Papic of discriminating against some squad members, while favoring others.

Papic resigned from his role on Monday after just 78 days in charge.

Fans of the club blamed the board for Papic’s exit and organized a demonstration on Wednesday morning to register their displeasure.

In response to the fans’ demonstration, the club’s Board of Directors organized a press conference, in which board member Dr. Nyaho Nyaho Tamakloe revealed that Papic was sacked because of palpable discord between him and the players.

Mohammed, 28, who was at the presser, then backed up Tamakloe’s claim and went further to explain the nature of Papic’s discrimination.

“The thing about the favoritism is that some of the players felt they were ready to play matches but they were never given the chance.

“Others felt that, injured players who were out of the team for long spells, were immediately restored into the starting eleven once they returned to fitness. As a result, some players felt they were not getting rewarded for all the hard work they put in training.

“If someone is 100% fit and training each day, and another goes out injured for one or two months and on their return, they are easily restored to the first eleven, some players didn’t think it was fair,” he said.

The latest allegation is set to add more fuel to the brewing crisis at the club who have lost their entire technical team to mass resignations in the last week.

Goalkeepers’ trainer, Ben Owu, followed Papic out of the club on Monday, following assistant coach Asare Bediako who resigned a week earlier, out of the club.

U-15 coach Samuel Nii Noi, has been put in temporary charge until a new head coach is hired.