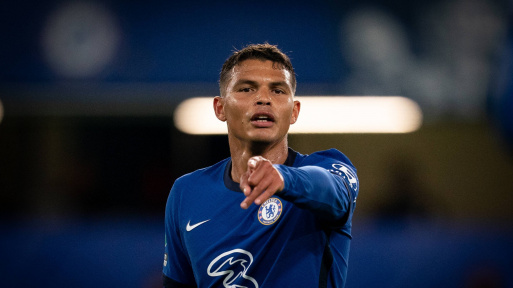 The Brazil international defender was injured in the first half of Chelsea’s 1-0 Premier League win at Tottenham on February 4 and has missed victories over Sheffield United, Barnsley and Newcastle, as well as Saturday’s 1-1 draw with Southampton.

Silva was pictured training towards the end of last week but was not fit enough to play at St Mary’s on the weekend, and Tuchel says the 36-year-old remains unavailable for the match in Bucharest.

However, Tuchel did confirm both Kai Havertz and Christian Pulisic will be in contention for the game against the La Liga leaders.

Havertz has been absent since the 2-0 win over Burnley on January 31, while Pulisic has started once under Tuchel so far due to several issues including a minor calf problem.

“Very happy that both of them are in the group,” Tuchel said. “They trained with us, no complaints, and they travel with us.”