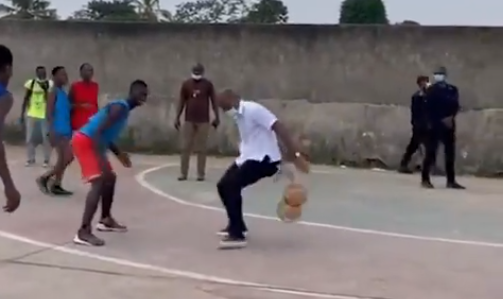 Didier Drogba might have retired from football but if he ever decides to return to active professional sport, he might make a killing in basketball.

The former Ivory Coast and Chelsea striker decided to try his hands (literally) at basketball when he visited a school in his native country.

Drogba picked up the ball and went through a whole range of moves – through the legs and behind the back – crossing over his opponent before passing. 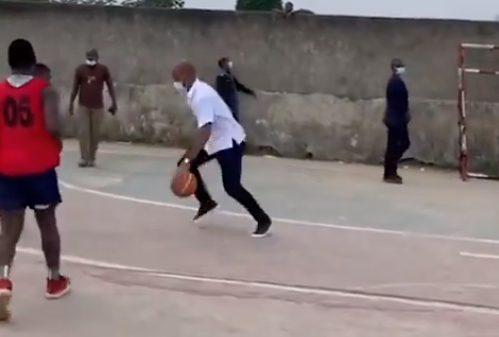 The 42-year-old then received the ball back and knocked down an impressive jumper.

Drogba bid to become the president of Ivory Coast’s Football Federation hit a snag after his application was invalidated.

However, a probe by football’s world governing body, FIFA in the processes has seen the election stalled.

It appears, however, that if Drogba’s presidency bid ultimately fails, he always has a potential basketball career to fall back on

.@didierdrogba showed off his basketball skills during a school visit in Ivory Coast 🙌 pic.twitter.com/frr6mOGqHY