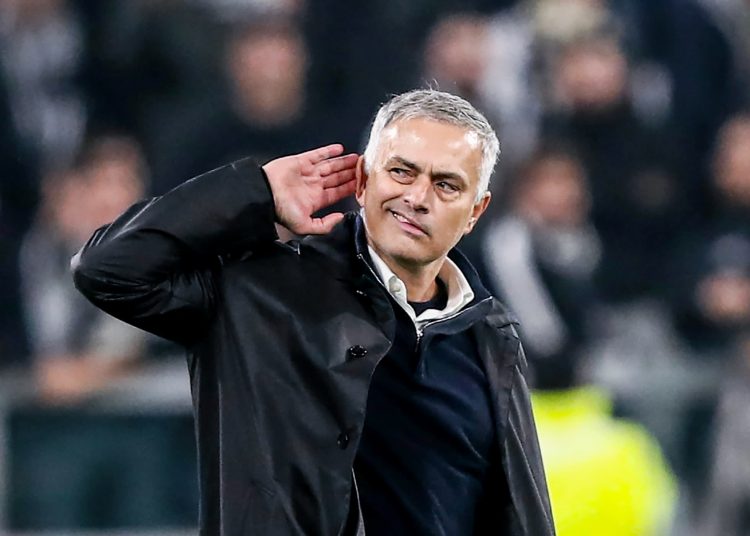 Jose Mourinho believes he will be remembered at Tottenham “for the good reasons and not for the bad reasons” once his time at the club is over.

The Spurs manager’s job is reported to be under threat after a run of five defeats in six Premier League games.

A 2-1 defeat by West Ham on Sunday left Tottenham ninth in the table, nine points adrift of the top four places.

“I want to know which coach has always had blue sky and never cloudy or a bit dark,” Mourinho said on Tuesday.

“Perhaps only a coach who is always at a dominant club in a league. It shows how beautiful my career has been. Does it make me depressed? No. It’s a challenge.

“I work for the club, the players and the supporters. I always feel I have to give them so much. It hurts me and it’s a great challenge for me and I believe I can give it. I give it everywhere I’ve been and I’m more motivated than ever.”

The 81 points Spurs have picked up in Mourinho’s 50 games in charge is 14 fewer than the Portuguese has managed with any of his previous sides.

Following the defeat by West Ham, he said “we have problems in the team that I cannot resolve by myself as a coach.”

Spurs were knocked out of the FA Cup by Everton in the fifth round but they will face Manchester City in the Carabao Cup final in April.

They are also 4-1 up against Austrian side Wolfsberger after the first leg of their Europa League last-32 tie, with the second leg taking place on Wednesday.

Mourinho added that he maintains “open communication” with Spurs chairman Daniel Levy, who appointed the former Chelsea and Manchester United boss until the end of the 2022-23 season after sacking Mauricio Pochettino in November 2019.

“My relationship is the same since day one which is one of respect and open communication,” Mourinho said.

“We respect each other. I believe we all feel the same feelings. Nobody is happy, nobody is depressed and everybody feels we are going to do better.

“I believe that we will win through and that I will be in Tottenham’s history for the good reasons and not for the bad reasons.”

'Never say Never': Jonathan Mensah on moving back to Europe