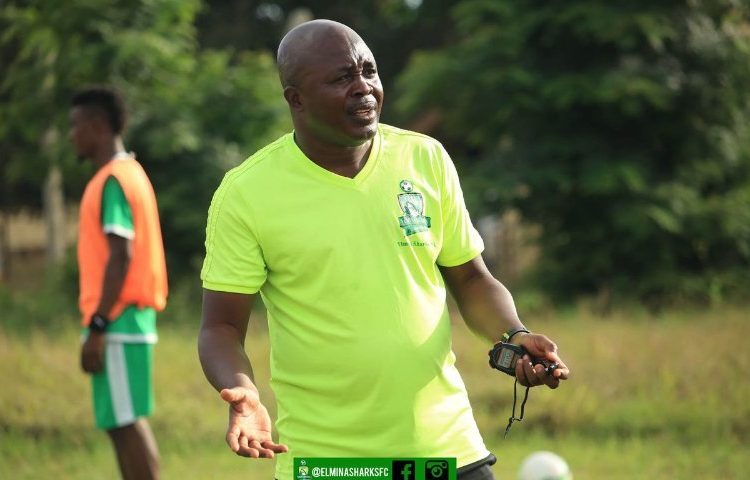 The club made the announcement via a statement on Thursday February 25, 2021, in which they also announced the departure of the club’s goalkeepers’ trainer Nana Mbrah.

Sharks have only won three games in their 17 games this season and leaves with the club 14th on the table, just 2 points above the relegation zone.

Acheampong has been in charge of Sharks since June 2017, a built a reputation for making Sharks one of the best defensive teams in the league.

However, Sharks have been wobbly this season, conceding 22 goals and only managing 17.

The defeat to Legon Cities on Wednesday night was the nail in the coffin, costing the former Ashantigold manager his job.

Sharks say they will announce a replacement in due course. 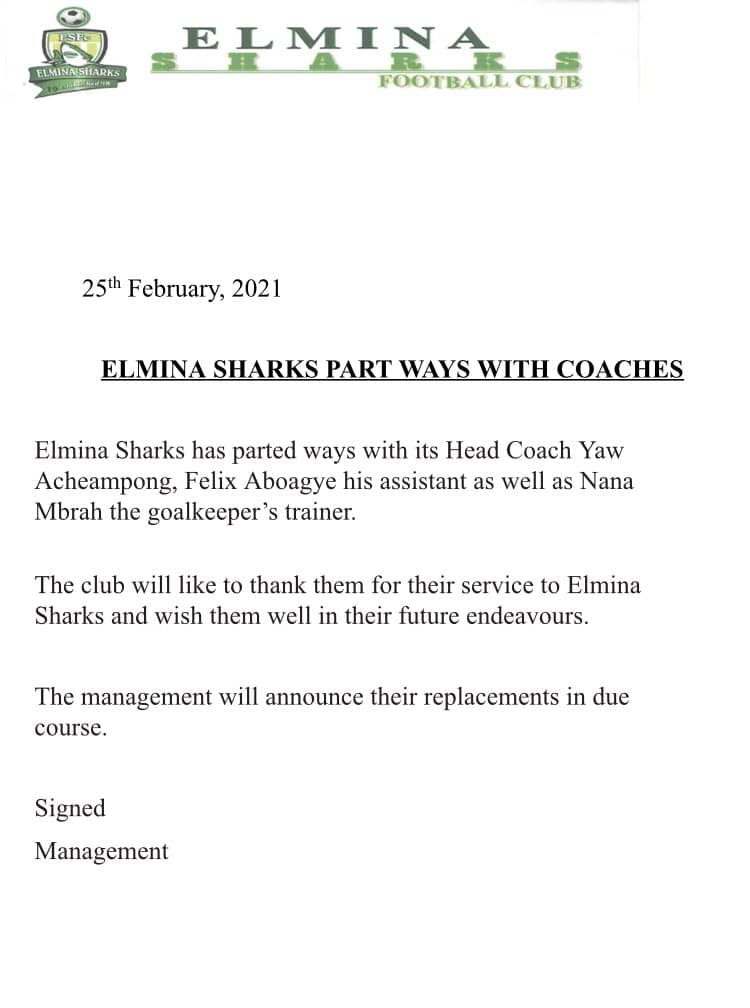