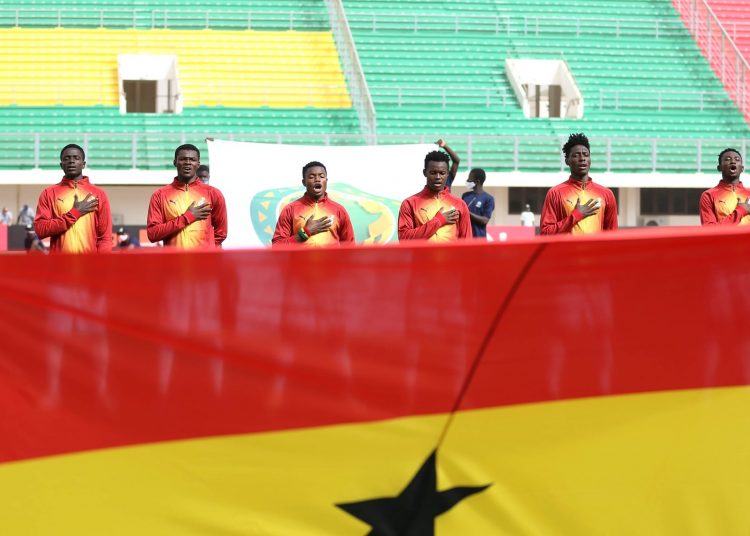 The Black Satellites of Ghana have booked a place in the semi finals of the 2021 U-20 Africa Cup of Nations in Mauritania following a 4-2 penalty shoot-out victory over Cameroon.

After a goalless 90 minutes, Kevin-Prince Milla gave the Baby Lions the lead in the first half of extra time before Frank Boateng pulled Ghana level to take the game into penalty shoot-out.

Ghana were pressured from the start and were often left to defend in the first half of the contest as both teams entered the tunnel with no goals scored.

It was more of the same as the Black Satellites showed resilience in defense and kept out Cameroon, who had the better chances.

The game then went to extra time with no goals scored.

In the first half of the extra time, Cameroon took the lead through Kevin-Prince Milla.

Soon after, Frank Boateng restored parity for the Black Satellites as they took the game to penalty shootouts where Ghana triumphed 4-2 with captain Barnieh Afriyie, Frank Assinki, Ivan Mensah and Percious Boah all converted their kicks with aplomb.

The Black Satellites will now face the winners of the game between Central African Republic and The Gambia.