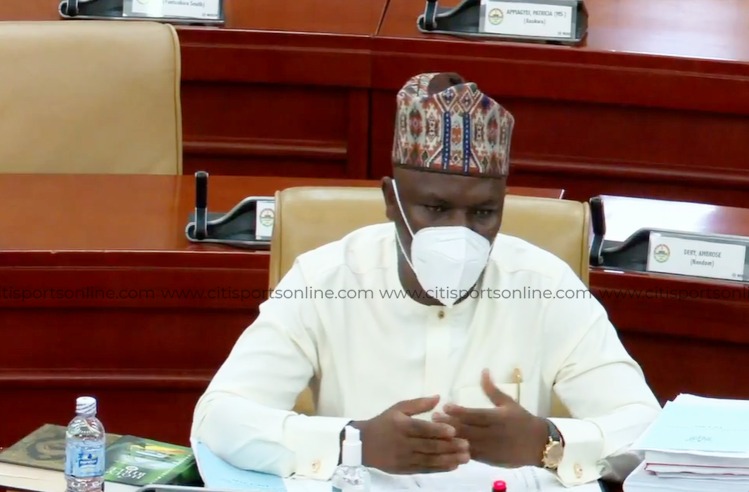 The Minister-Designate for Youth and Sports, Mustapha Ussif, has revealed his intention to get the nation to do better in major international football tournaments in his time at the Ministry.

He was answering a question on how Ghana’s FIFA rankings could improve. Currently, Ghana is placed 52nd on the global rankings and that was mentioned by MP for Madina, Hon. Francis Xavier Sosu in his query to the Minister-Designate.

Ho. Ussif stated that Ghana’s quest to get better on the rankings would have to come from faring better in international competitions and that was high on his agenda.

“Our performance in international tournaments, when it comes to football, is something that we have to look at as a country.

What I’ve observed is that the preparation for tournaments is done in the year of the tournament.

If given the opportunity, I will engage the key stakeholders like the GFA and the National Sports Authority (NSA) to see how we can have a plan [for these competitions].

As a country, we have to come together and see how we can have a comprehensive short-term and medium-term plan for our national teams so that we can improve our ranking.”

Ghana has not performed well in recent major international football tournaments on the continent.

At the senior national team level, the Black Stars failed to reach the quarter finals of the 2019 AFCON in Egypt while the Black Queens did not make it out of their group of the 2019 Women’s AFCON that Ghana hosted.

The Black Stars B team also failed to qualify for the 2021 African Nations Championships hosted by Cameroon and won by Morocco.

“I will be minister for all sports, not just football” – Sports Minister Designate

"I will be minister for all sports, not just football" - Sports Minister Designate