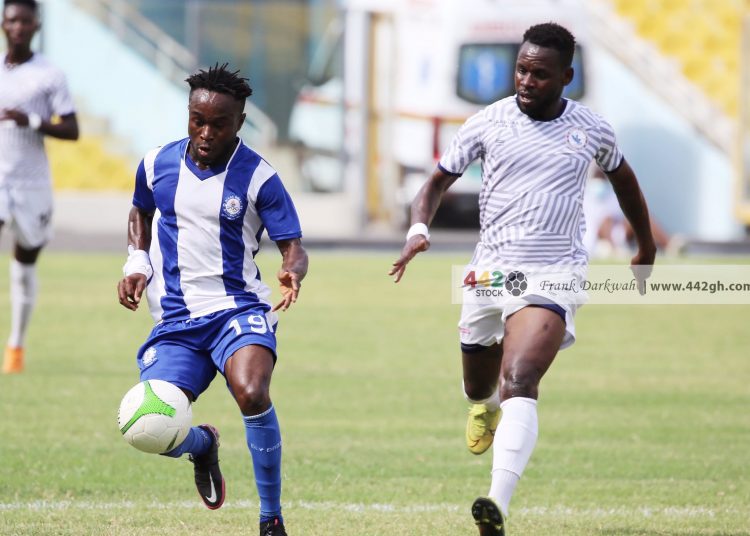 Accra Great Olympics secured a 1-0 win over Berekum Chelsea to move into second place in the Ghana Premier League on Matchday 16 on Friday.

Michael Yeboah’s 63rd minute goal was enough to hand the Dade boys all three points and regain their spot in 2nd place, just a point behind leaders Karela United.

Both teams failed to create any meaningful chances in the first-half with most of the play happening in the midfield.

The visitors raised their game in the second-half, pushing hard to find the first goal of the match and the advantage.

The introduction of striker Manaf Mudasiru brought some spark into the team as the hosts found the back of the net after just two minutes of his introduction through Michael Boateng.

That was the only goal of the game as Great Olympics held on and resorted to defensive play to prevent their opponents from finding the equaliser.

Great Olympics move into second place while Berekum Chelsea find themselves in 12th place after the defeat.