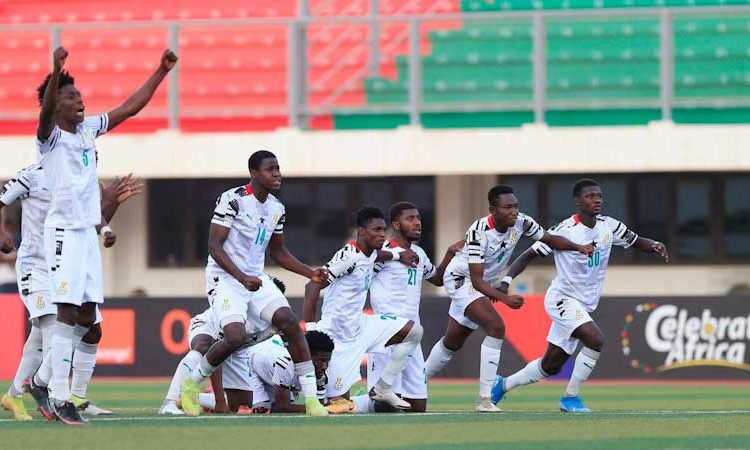 Ghana’s Black Satellites will take on Gambia in the semi-final of the ongoing 2021 U-20 AFCON in Mauritania.

This will be the second meeting for both sides after beating Cameroon and Central African Republic respectively in the quarter-final of the competition.

The Black Satellites lost to Gambia in their group match but managed to book a place in the quarter-final after finishing third in Group C.

Ghana made it to the semis after defeating the young lions of Cameroon 4-2 in a penalty shootout whereas Gambia made light work of Central Africa Republic beating them 3-0.

The Black Satellites will be looking for revenge against their Gambian opponents in the semi-final when they face off on Monday at the Stade Olympique.