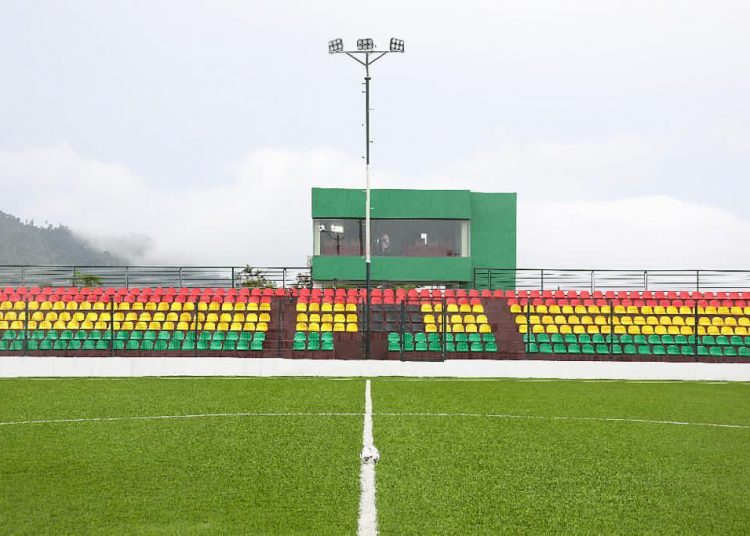 The Minority Leader Hon. Haruna Iddrisu has cautioned sports minister designate Mustapha Ussif not be bias in the construction of artificial turfs.

At the vetting of Hon. Mustapha Ussif, sports minister designate, the minority leader commended the government on the provision of astro turfs in communities as he asked for continuation and expansion of the One Constituency One Astro Turf Project.

The ‘Once Constituency One Astro Turf Project was an initiative of Robert Coleman CEO of Wembley Sports Complex and launched in 2017 by the astro turfs expects. Receiving major boost from the NPP government and its agencies, over 50 pitches have been constructed with a number of them either completed or nearing completion. Though the government’s commitment to this course is applauded by many, the opposition NDC has criticized government over the discriminatory approach in the provision of ultra modern synthetic pitches which comes with flood lights, changing rooms, washrooms and spectator stands.

Notable among the constituencies that have benefited from the astro turf project include Tema East, Tema West, Secondi, Wale wale, Ayawaso Central, Ablekuma Central, Madina, Adentan, Kibi, Bantama, Ofoase Ayirebi among others. These are all areas which have or had NPP MPs at the time of construction.

The minority leader Hon. Haruna Iddrisu cautioned the sports minister designate Hon. Mustapha Yussif not to be bias in the construction of artificial turfs. He made these comments during the vetting of the Yagaba-Kubori member of Parliament.

“I note that the astro turfs are being built in a likely discriminatory manner, I have seen more in NPP political constituencies than NDC constituencies. I can not count any MP from this side that is benefiting from the astro turf” the minority leader stressed.

The minority leader went further to question the minister designate on whether he will be fair to all MPs with the One Constituency One Astro Turf Project.

Hon. Mustapha Ussif in his response assured that he will not discriminate in the provision of the ultra modern infrastructure. “Mr. Chairmam, given the opportunity I will not engage in this discrimination. And like I said in my earlier answer, if resources are available, we would want to get astro turfs in each of the 275 constituencies” the sports minister designate assured.

Many were impressed with the performance of Hon. Mustapha Ussif and is expected to be confirmed Minister for Youth and Sports.