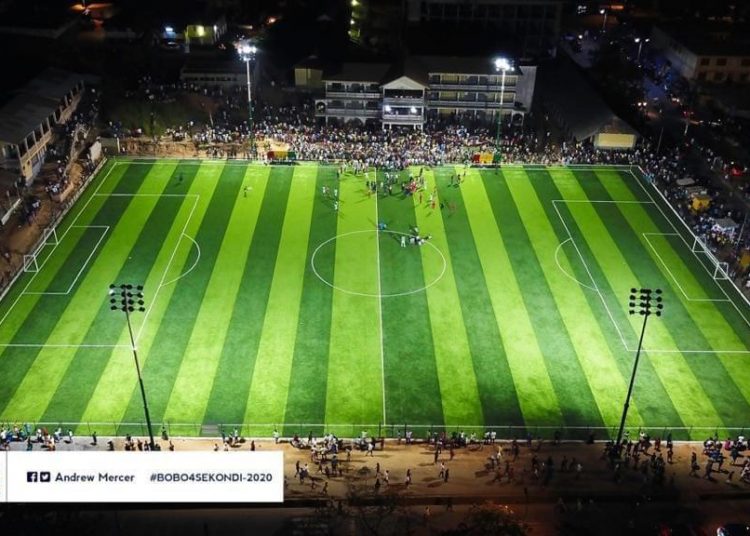 The NPP’s biggest impact on the sporting front in Nana Addo’s first term was the construction of over 50 synthetic pitches. Adopting the One Constituency One Astro Turf project an initiative by Robert Coleman CEO of Wembley Sports Construction Company Limited, the NPP government through the Ministry of Inner-city and Zongo Development, Ghana Gas, GNPC and other agencies facilitated the construction of these pitches across the country.

The remarkable works in the area of sports infrastructure has earned the admiration of many including some key members of the opposition NDC and it was no surprise when the minority leader Hon. Haruna Iddrisu during the vetting of the sports minister designate expressed concerns over the expansion of the artificial pitches to constituencies that are yet to benefit.

The MP for Yagaba-Kubori in his response explained that the artificial turf is the way to go as it will help in the discovery and development of talents especially when one of his topmost vision is to revive schools and community based sports.
“Given the opportunity I will liaise with agencies and Corporate Ghana to see to it that if we have to revive the inter schools and inter community sports festivals then we will need these facilities to be able to do so” he said.

The former NSS boss also assured the vetting committee that he will work hard to construct astro turf pitches in all 275 constituencies as he responded to a remark by the minority leader that there was a discriminatory approach to the One Constituency One Astro Turf Project with only NPP strong holds benefiting in the first four years.

“If resources are available, we want go get the astro turfs for every constituency so that the vision of getting inter schools and inter community sports festivals will be realized because if there are no facilities it will be difficult to do so” Hon. Yussif stated.

The member of Parliament for the Yagaba-Kubori constituency is expected to confirmed the minister for Youth and Sports after excelling at Thursday’s vetting.