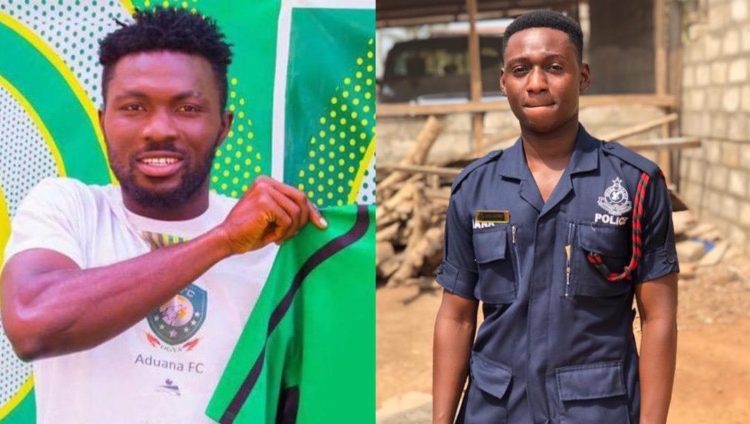 Aduana Stars defender Farouk Adams has been remanded into police custody for two weeks for allegedly crushing a police officer to death.

The Aduana Stars defender was charged on two counts of inconsiderate driving and negligently causing harm and asked to re-appeared at the Fiapre Circuit Court on Thursday morning.

Adams will return to court on March 18.

Lawyer Baffour Akoto, who represented Adams in court, was satisfied with the ruling, saying his client will be safe in police custody instead of basic custody, which was an option for the court.

He revealed pleading to the court for Adams to be released on bail, however, prosecutors insisted that the footballer is a flight risk.

The incident happened around 19:00GMT on Monday on the Asuotiano – Asuhyiae road, but the player was only apprehended on Tuesday, following police investigations.

The police officer, Constable Amos Maatey Niganoko of Wamfie Police Station, reportedly died on the spot and his body has since been deposited at the Dormaa Presby Hospital.

According to the police statement sighted by Citi Sports, Constable Maatey was on snap check duty with a certain Sgt. Ibrahim Karim and sought permission to go to town to buy mosquito repellant.

But after being gone for several hours, colleague officers tried to reach him to no avail. According to the statement, police were alerted to a lifeless body suspected to be an accident victim on the Asuotiano-Asuhyiae road around 7am on Tuesday.

When police officers got to the scene, they discovered that the body was that of Constable Maatey and investigations immediately commenced, leading to the arrest of the Aduana Stars center back.