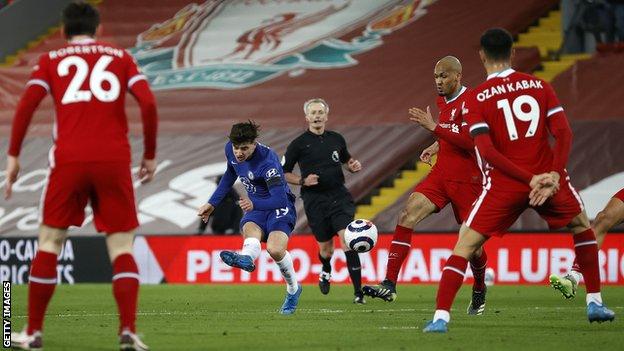 The Blues were the better side and had an early Timo Werner finish disallowed by the video assistant referee for a fractional offside.

But Mount did give them the lead before the break, cutting inside for a low finish.

Liverpool felt they should have had a penalty, but N’Golo Kante was ruled not to have handled on purpose in the box.

Chelsea, who are now 10 games unbeaten under Thomas Tuchel, move up to fourth in the Premier League, with 47 points from 27 games.

Liverpool, who have now lost five in a row at home in the Premier League having not suffered defeat in 68 games at Anfield before that, are four points worse off in seventh.