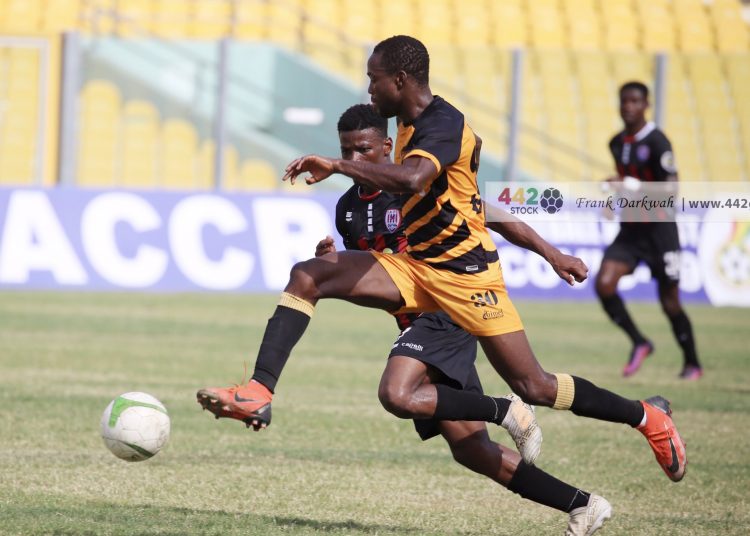 Inter Allies and Ashantigold shared the points in a 1-1 draw at the Accra Sports Stadium in game week 17 of the Ghana Premier League.

Goals from Richmond Lamptey and Dacosta Boadu ensured that both sides left with a point each in a tightly contested game.

The Miners were hoping to bounce back after they had fallen to an embarrassing 4-1 defeat at the hands of Dreams FC in the preceding week.

The opening 15 minutes of the encounter saw the Obuasi-based club dominate possession, coming close to taking the lead twice twice.

Inter Allies grew into the game and kept the Miners at base with some tactical defending mixed with snippets of counter attacking football.

However, both sides could not manage to breakdown eachother and entered the tunnel after 45 minutes with the game locked at 0-0.

The second half was more of the same as the first with both sides seemingly unable to breakdown each other.

The introduction of Richmond Lamptey by Inter Allies paid off as the number 8 shirted player scored a sublime curler to give the hosts the lead. 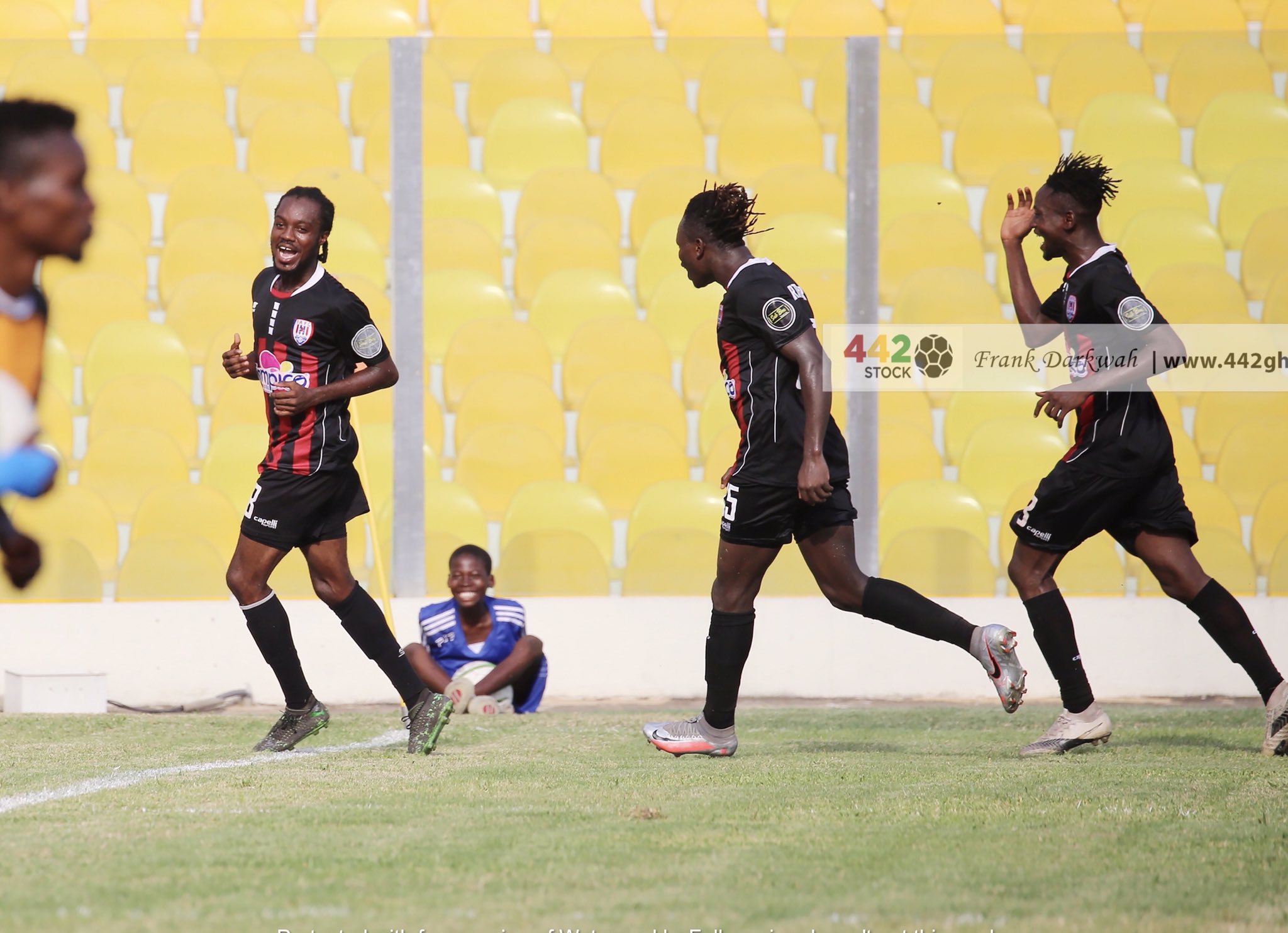 After 13 minutes of intricate passes, Ashgold were finally able to break the defensive line of Inter Allies, with Dacosta Boadu scoring from close range to restore parity.

Dacosta Boadu soon came close to turning one into two but his low-driven shot found the palms of the goalkeeper.

Both sides would go on to have decent chances but could not convert them into goals.

Inter Allies will next travel to Dawu to play Dreams FC whereas Ashgold face Karela.