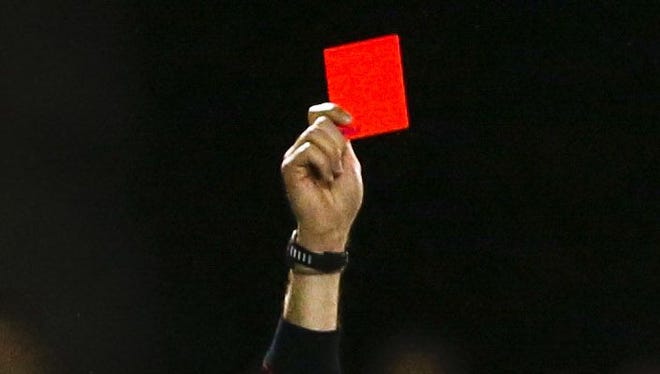 Erick Anthony Garcia, a player at Guatemalan side San Lorenzo Jogo Foot, has been banned for five years for punching a referee in the face during a third division game last Sunday.

During the game against Tiburones FC on Sunday in San Marcos, Garcia was shown a red card in the 72nd minute following a routine foul.

Garcia was at first held back by his teammates before he walked up to the referee and punched him in the face.

The incident was recorded by a fan watching the game and went viral on social media. It is the second straight week that the league’s disciplinary committee has been forced to mete out punishment to a third division player.

On Feb. 25, Batanecos FC’s Rosbin Ramos, was handed a five-match suspension and fined GTQ1,500 (€163, $195) for simulating being hit by an object thrown from the stands during a league game against Deportivo San Lorenzo.