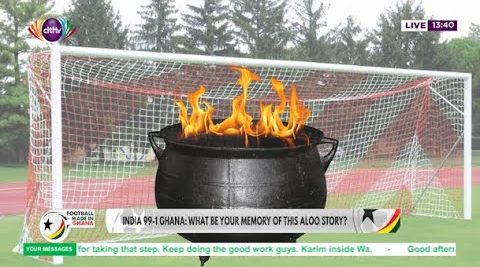 Football fans don’t remember the bad nights; they just envision the winning moments and make wet dreams out of them. They crave the unborn and untrue mythical moments. It’s like a universal language that cuts across many cultures and many personality types.

Growing up in the small suburb of Haatso, the tale of Ghana versus India in a friendly game was inevitable to every young one.

The game which was neither dated nor played in a known year or stadium has somehow become a legend; many believe it was played in the Mumbai city of India.

The description of the team would have one believe it was the Black Stars team of 1963. The team that won our first Africa Cup of Nations trophy in Accra.

In 1963, the Black Stars team remarkably had amazing stars that were not only dominant but simply unbeatable. Not even the mighty Alfredo di Stefano and Ferenc Puskás’ Real Madrid side could beat the African champions when they met in a friendly game in Accra.

Ghana’s Mfum was so boisterous and powerful, so much so that his opening goal against Tunisia in the first game of the tournament tore the net. Although filled with controversy, the ball indeed tore the net.

With the plethora of talents, the Black Stars of Ghana were the undisputed kings of Africa.

The invitation – How the match was set up

We were told in December 1962, after China had indisputably defeated India in the Sino-Indian War, six nations met in Sri Lanka to discuss how to permanently resolve the lingering resentment between the two nations; among the attendees was Ghana.

Those who met, however, failed to univocally condemn the wrong deeds of China. This made Jawaharlal Nehru, the then prime minister of India, very angry.

After the conference, he [Nehru] called aside Kwame Nkrumah and made known to him what Mao Zedong, the then governor of the People’s Republic of China, had said: “The way to world conquest lies through Havana, Accra, and Calcutta.” This made Nkrumah grow fearful and so decided to seek alliances for protection, although Chairman Mao had himself pronounced peace with Ghana.

Soon after Nkrumah arrived in Accra, he received a letter from Nehru compelling him [Nkrumah] to publicly condemn the actions of Mao Zedong.

Doctor Nkrumah, a man whose dream was to establish peace and cordial relationship among all nations, responded with kind and friendly words but firmly and plainly refused to grant the prime minister’s request.

A decision that got Nehru very angry. But considering that he had just lost over 3,000 soldiers in the Sino war, he was unwilling to wage war against Ghana also.

So, in an attempt to take revenge on the country, he sent a second letter, this time, proposing peace between India and Ghana by engaging in an international football-friendly match.

Three days later, in February 1963, an Indian delegation arrived in Accra and was right away taken to the office of the President. There they revealed a written proposal that Nkrumah must sign to officially accept the match.

The President informed the Director of Sports, Ohene Djan, about the proposal but the director suggested that the proposal be declined since the team would be too busy in preparation for the 1963 Cup of Nations. One Indian official then said that even if Ghana should score a single goal, they would be declared winners.

This statement got Nkrumah suspicious, so he asked to be excused. But before he left, the Indians threatened of famine should he fail to sign.

Nkrumah hurried off to see Kankan Nyame (a goddess that he had imported from Guinea about a decade prior) inquire about the matter. She decreed that Ghana accepts the agreement. But that was not all. The female deity also asserted that if Nkrumah fails to put his signature on paper by 12 o’clock noon that day, a great famine would strike the whole country.

Nkrumah became very upset about this prediction, so he ran back to where the Indian envoys were waiting. When he got there and looked at the golden wall clock that he had received as a gift from Egypt, the time was already past noon—at 12:01 PM. That is why there was a famine in Ghana exactly 20 years later in 1983 just as the Indians had threatened. The friendly was then scheduled for February 29.

Matchday and tale that will never be forgotten

As part of Ghana’s preparations for the African Cup, the team flew to India to play India, not only for preparations and pride but to save the country from a great famine.

The team stayed in the presidential villa for two days before the set date for the match.

The Mumbai National Stadium was full to the rafters as the Black Stars entered the pitch to play the Indian National Team.

The stadium was so full that people had to sit on the heads of others. The eagerness and anticipation for the game were beyond what the world expected. About 100,000 filled the stadium all waiting for the game.

However, no cameras were allowed into the stadium. In fact, those who were able to sneak in their cameras realized that it failed to work when directed toward the pitch, but when they turned it away from the field, the images could be captured.

This made it impossible for anyone to capture the match. No journalist was also allowed to report on the game officially. This is why there is no footage of the match anywhere.

The Ghanaian team was ready, but their opponents were nowhere to be found on the pitch. So the team manager went over to the match commissioner who also directed him to the match referee.

Just when he got to him, the referee turned and gave him a wry smile. The Ghanaian team was stunned at what they saw, including Kwabena Hagan, the team manager. The referee was one-eyed!

He told him to go back and tell his boys to prepare. After instructing him, he took out an alcohol bottle from his pocket, gulped, and then moved to the centre circle of the pitch.

Just when the bottle was placed to perfection, the Indian team came out of the small bottle one by one. Much to the admiration of their fans and shock of their opponents.

Ghana lost the pre-game coin toss which meant they had to pass the ball first. All of a sudden, the ball became so heavy that none of the players from Ghana could even roll or kick it.

The referee then requested the Indians have the first pass, so the match could be set in motion. Everyone agreed.

So, the Indian captain came over the ball. Immediately the referee whistled, he kicked the ball so hard towards the Ghanaian goal, and to the disappointment of the visiting team, the ball scored. The Black Stars’ goalkeeper was now lacing his “kamboo”. First strike, first goal.

That will set in motion a demolishing that sent the stadium roaring every second of the game. Ghana was set to drink goals in Mumbai.

To restart the game, the ball moved this time. Skill, trickery, and glimpses of why Ghana was the team to beat were obvious. The ball moved quickly to the flanks. Mfum picked up a pass, ran to the flanks, and sent out a lovely cross to his strike partner, Baba Yara who was waiting inside the penalty box.

Just when Baba Yara leaped into the skies to head the ball home, he took a second look at the Indian goalkeeper had turned into a scary masquerade “kaakaamotobi”. That was not all, he noticed the goal frame was nowhere to be found. It has vanished. An adamant striker he was, he jumped only to see the ball turn into a big cooking pot “dadesen”. Fear gripped him and fell down and passed out.

Right after losing possession, the Indian goalkeeper again hit a long shot towards the Ghanaian goal. This time, Ali Jaara was alert to make a save. When the ball got very close to his box, it split into 10 and all had a blazing fire.

The resolute goalkeeper caught one of the balls and got his palms burnt badly, much to his disappointment, he had caught the wrong ball. 2-0 to India.

This pattern of the Indian goalkeeper turning into a scary masquerade, coupled with a disappearing net and the ball changing shapes from cooking pots to roofing sheets to rocks and fearful lions left the Black Stars players frustrated and most injured.

Much to the delight of the fans of the Blue Tigers, every single shot went in. Total count, 99. Each shot at goal either split into many parts or became like fire.

At the 90-minute mark, Ghana had a lifeline.

Osei Kofi dribbled his way through the Indian defense who turned into snakes and scorpions, but the Ghanaian international meandered through perfectly.

Just when he was about to release a strike, he was brought down by the Indian fullback, Singh Suresh.

Wilberforce Mfum elected himself to take the penalty.

He was built for these moments, built for history, and above all, build in structure.

Mfum placed the ball down carefully and picked his spot. The ball at this point transfigured into a very large cooking pot “dadesen”.

Picked up momentum as though he was an aeroplane ready to take off, he took giant steps, and with all his might and strength, Wilberforce Mfum struck the ball. The ball flashed the face of the Indian goalkeeper who had been what in the Akan dialect Ghana call “kaakaamotobi” all game long.

Ghana had scored the winning goal! To top that, due to the magnitude of the “dadesen” combined with the speed with which it was travelling, the goal net was completely torn apart.

Thus, the Ghanaian folk came to have the popular Akan saying, “Mfum atete net nu,” which means, “Mfum has torn the net.” Ghana had won!

The team arrived in Ghana in a terrible state with many injured. But they arrived as heroes. They were honoured with a house each and a car and a wife. 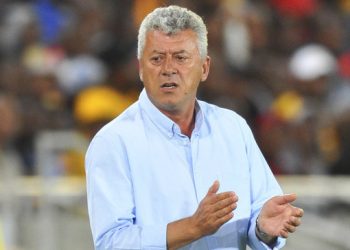