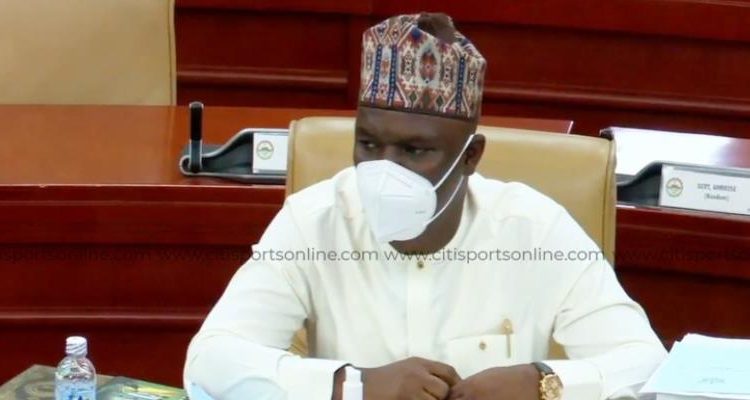 The new Minister for Youth and Sports, Hon. Mustapha Ussif, has made a passionate rallying call to the national under 20 football team, the Black Satellites ahead of their African Under 20 Cup of Nations finals against Uganda this evening in Mauritania.

The Black Starlets will aim at winning Ghana’s fourth title in the competition, and the crucial game, coincidentally, is being played on Ghana’s 64th Independence Anniversary day.

In a surprise video message to the team this morning, Hon Mustapha Ussif told players and staff of the team that the match being played on Ghana’s independence day anniversary should be extra motivation to goad the players on to win the ultimate.

“Fortunately for us, today happens to be our Independence Day anniversary. As you go into this match, I know you will have the same spirit as our forefathers fought and toiled to get us independence,” Hon. Mustapha said in his video message to the players this morning.

The Minister of Sports added: “go into this match and represent us with the same spirit and lift high the flag of Ghana. I know you are going to make us proud and bring this trophy home as an independence gift to Ghanaians.”

Hon. Mustapha assured the Black Satellites of the country’s support and prayers ahead of the finals.

“You have already made us proud by reaching the finals. Make us more proud by bringing the trophy home.”