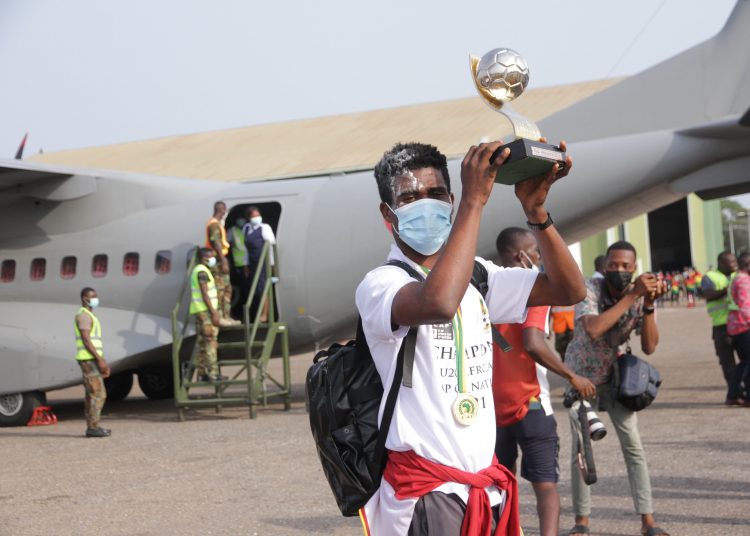 The 2021 U-20 Africa Cup of Nations champions, the Black Satellites of Ghana have arrived after their conquering quest in Mauritania.

Led by Accra Hearts of Oak’s Daniel Afriyie Barnieh, the team beat the Hippos of Uganda 2-0 in the final at Nouakchott to clinch the country’s fourth continental trophy.

The Black Satellites kick-started the 2021 edition of the Africa Cup of Nations on a high, beating Tanzania, 4-0. They then drew 0-0 with Morocco before losing 2-1 against The Gambia.

In the quarter-finals, the triumphed over Cameroon, winning 4-2 on penalties after playing a goalless 120 minutes of football.

The team then beat The Gambia 1-0 in the semifinals to clinch an act of sweet revenge against the Scorpions.

Abdul Karim Zito’s men then went a step better, grabbing the trophy as they emphatically disposed off their Ugandan opponents courtesy a brace by Daniel Afriyie Barnieh.