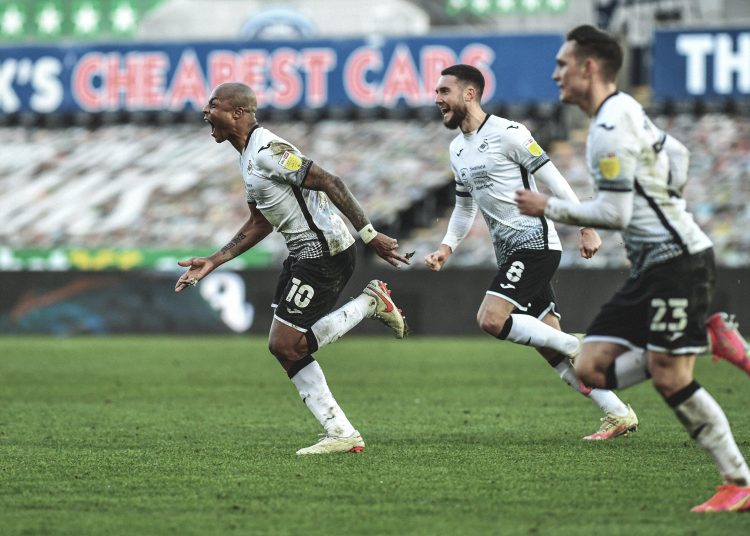 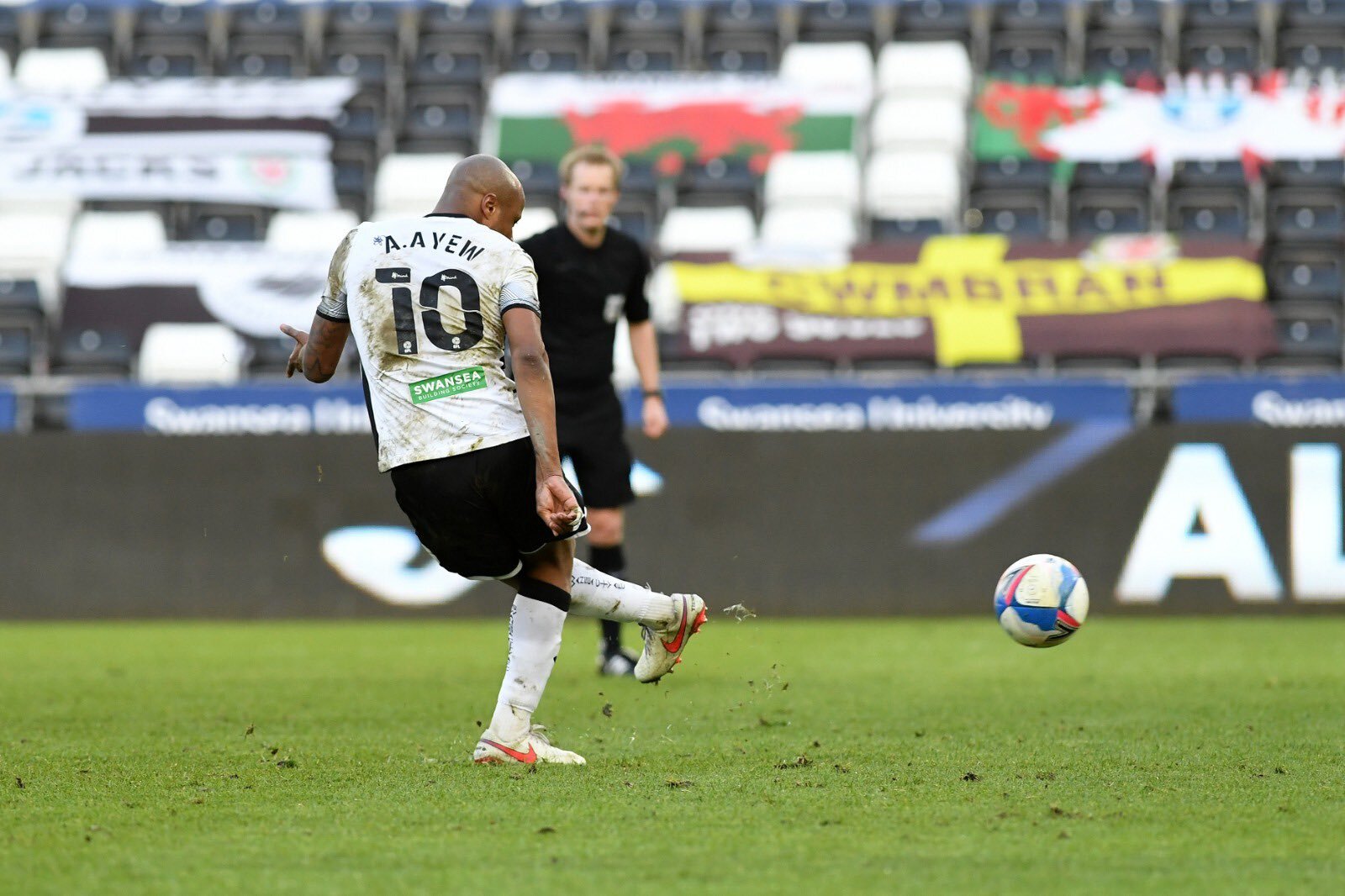 Dede Ayew scored a last-gasp penalty, his 13th goal of the season, to earn Swansea City victory over Middlesbrough and move Steve Cooper’s side up to third in the Championship.

Ayew, 31 put the Swans ahead when he volleyed in his 12th goal of the season five minutes before the break after a defensive mix-up by the visitors.

Sam Morsy’s seemed to have denied the Swans all three points as his deflected strike in second-half stoppage time brought Boro level.

However, there was still time for Jake Bidwell to be felled as he attempted to reach a cut-back into the area and the officials to award a penalty. And as cool as ice, Andre Dede Ayew kept his nerve to seal the win for the Swansea.

The result means Swansea climb above Brentford and are a point behind second-placed Watford with two games in hand.

WATCH HIGHLIGHTS OF THE GAME HERE: