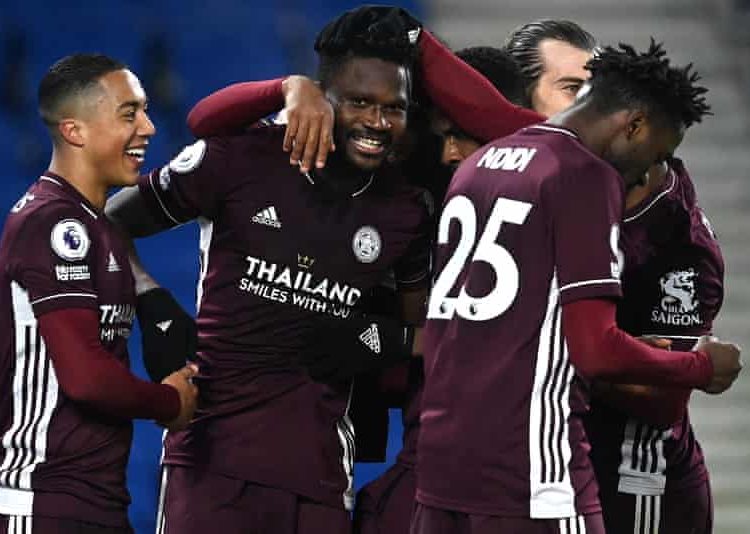 Daniel Amartey scored a late winner as Leicester City came from behind to beat Brighton and boost their bid for Champions League qualification.

Kelechi Iheanacho began the fightback with his second goal in as many games.

He cancelled out Adam Lallana’s first Brighton goal, which ended a 503-day drought without scoring.

Victory lifted Leicester above Manchester United and into second place in the Premier League, while extending their unbeaten away run to 10 league games.

Brighton remain three points above the relegation zone in 16th.

WATCH HIGHLIGHTS OF THE GAME BELOW: