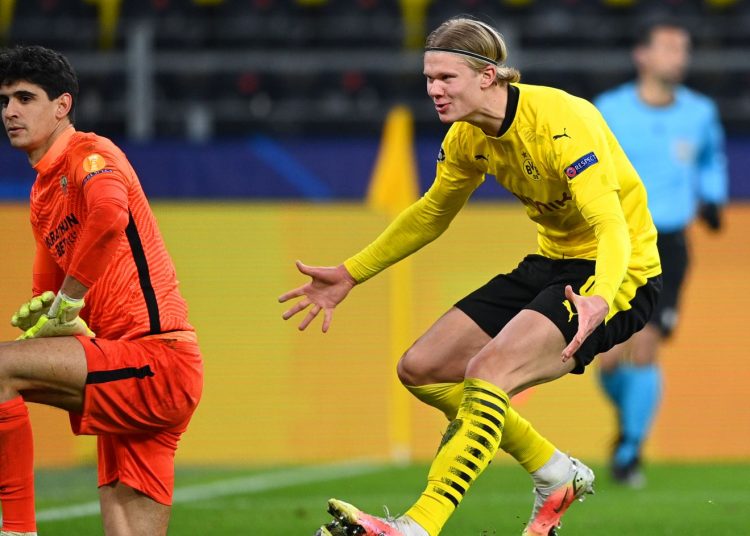 Erling Haaland was in fine form yet again on Tuesday night as his brace helped Borussia Dortmund beat Sevilla 5-4 on aggregate to reach the Champions League quarter-finals.

Haaland, who scored a brace in the 3-2 first-leg win for the German side and again in the loss to Bayern Munich, was at it again tonight.

Having already put Dortmund ahead on the night, Halland thought he’d doubled their advantage when he bullied his way into the box and finished from a tight angle.

However, the Video Assistant Referee (VAR) ruled that Haaland had pushed over his marker en route to the goal.

VAR then awarded Dortmund a penalty, after noting that Haaland’s shirt was pulled in the build-up.

The Norwegian stepped up and took the spot-kick but his effort was saved by Sevilla keeper Bounou who taunted the player.

However, karma struck as VAR intervened again, ruling that Bounou had stepped off his line before saving the penalty. 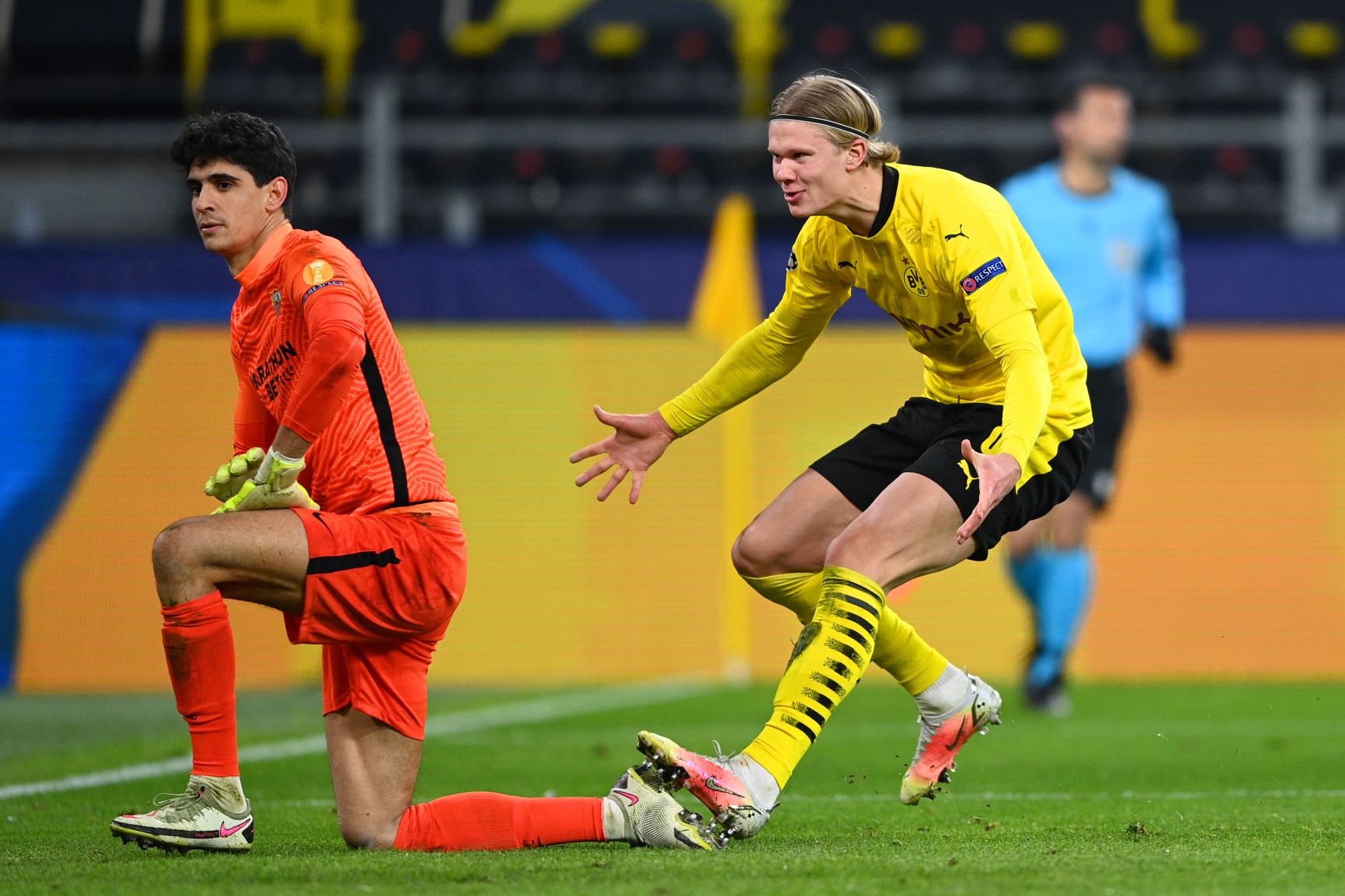 Haaland stepped up yet again but this time, he didn’t miss.  The Norwegian did not miss the opportunity for revenge as he taunted Bounou before continuing his celebration.

The Sevilla players, upset with Haaland, chased after him but could not catch him as the Dortmund player just proceeded with his celebration.

Take a look at Haaland’s celebration:

Take a look at Bounou taunting Haaland after the penalty miss