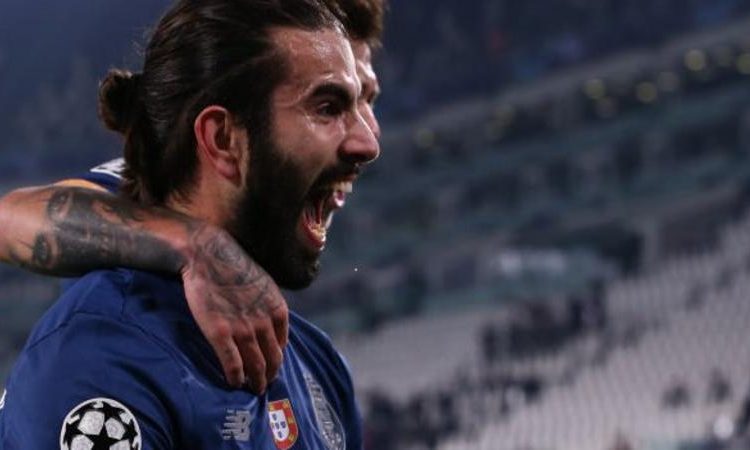 Sergio Oliveira’s 115th-minute goal shocked Juventus to send Porto through on away goals in a stunning Champions League last-16 tie.

Oliveira’s long-range free-kick deep into the second half of extra time went through the legs of Cristiano Ronaldo in the Juventus wall to make it 2-2 on the night and give Porto the lead over two legs.

Adrien Rabiot’s thumping header two minutes later gave the Italian champions hope, only for Porto goalkeeper Agustin Marchesin to produce a stunning save in the final moments to ensure the Portuguese champions advanced on away goals despite a 3-2 second leg Juventus win.

Porto had opened up a 3-1 aggregate lead through Oliveira’s 19th-minute penalty after Merih Demiral brought down Porto’s Mehdi Taremi.

But Juventus’ Federico Chiesa found the far corner from a tight angle in the 49th minute before Taremi was shown a second yellow card for kicking the ball away.

And Chiesa headed in a Juan Cuadrado cross after 63 minutes to level the tie on aggregate.

It looked like Juventus would capitalise on their man advantage but Porto defended superbly to take the match extra time where Oliveira’s decided the tie.

Juventus have now been knocked out on away goals at this stage for the second consecutive season.