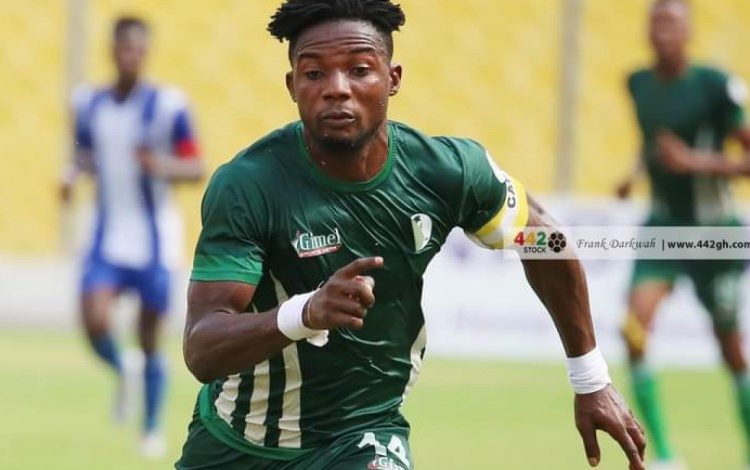 With 9 goals so far, the 20-year-old has emerged as one of the top scorers in the Ghana Premier League this season – and his performances have earned him a call-up to the senior national team, the Black Stars.

And now Kotoko is the latest team that wants to sign Peprah, making the competition for his signature a four-horse race after initial moves by Dreams FC, sworn rivals Hearts of Oak and Legon Cities.

The Porcupines’ sudden official interest in Peprah is related to the sale of Kwame Opoku to Algerian side USM Alger.

Already, Kotoko were hoping to replace William Opoku Mensah who left after the expiration of his contract in January.

Sources indicate King Faisal – who were beaten by the Porcupines in an outstanding league match at home yesterday – received an official offer Thursday which has ready to part a fee in the region of $25,000 in exchange for the economic rights of Kwame Peprah.

Kotoko are tempting Faisal with a 30% onward transfer cut and farming out one of their players on loan for the second round of the season.

Before the entrance of Asante Kotoko, Dreams FC were rumoured to be favourites to sign Kwame Peprah with a reported $15,000 offer and a 30% onward transfer cut while allowing the player to complete the season with Faisal.

The race was thrown wide open by interests from Hearts of Oak, Legon Cities who both reportedly bid $20,000 for the player.

However, Hearts – whose envoy held lengthy talks with Faisal in Kumasi on Tuesday – was told to return with better terms after tabling to sign Peprah immediately with an onward fee which will diminish by the years in the eventual three-year contract the Phobians intend to sign with the player. In addition to the transfer fee, Hearts offered a 30 to 20% cut of any future transfer of Peprah as well as the inclusion of a player from the club’s youth side, Auroras.

For Legon Cities, the Royals reportedly want Peprah for $20,000 and have included an equal share of any future transfer fee to bait King Faisal.