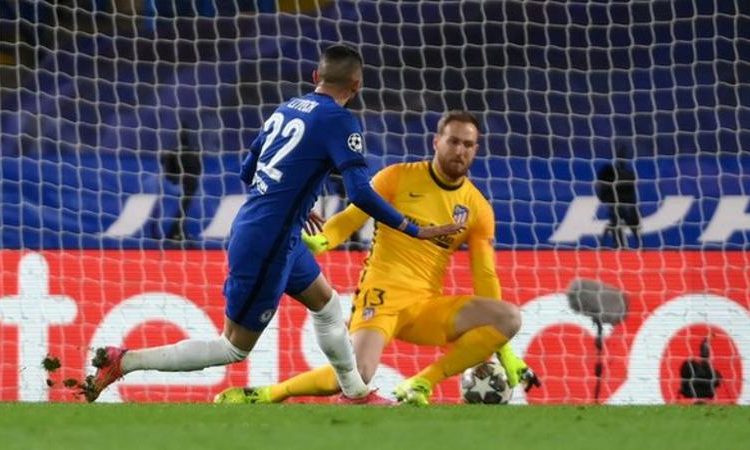 Chelsea moved into the quarter-finals of the Champions League for the first time in seven years with a 3-0 aggregate win over Atletico Madrid.

Having established a slender first-leg lead, Emerson Palmieri’s late strike sealed the win after Hakim Ziyech had earlier put the hosts firmly in control with a low effort after good work from Kai Havertz and Timo Werner.

Until then their dominance in possession had not translated into chances in front of goal and in a nervy opening, they also appeared fortunate to survive a penalty appeal after visiting winger Yannick Carrasco was pulled back by Blues captain Cesar Azpilicueta.

But Italian official Daniele Orsato waved away the claim and the incident was not examined by VAR.

Atletico knocked Liverpool out of the competition in dramatic fashion at the same stage last term, but the La Liga leaders rarely looked capable of recovering after Ziyech’s goal.

Instead Chelsea, who remain unbeaten in 13 games since Thomas Tuchel took charge, had opportunities to extend their lead before Emerson’s stoppage-time effort and deservedly progressed against an Atletico side that had Stefan Savic sent off late on for elbowing Antonio Rudiger.

The Blues join fellow English clubs Liverpool and Manchester City in the draw for the quarter and semi-finals on Friday at 11:00 GMT.