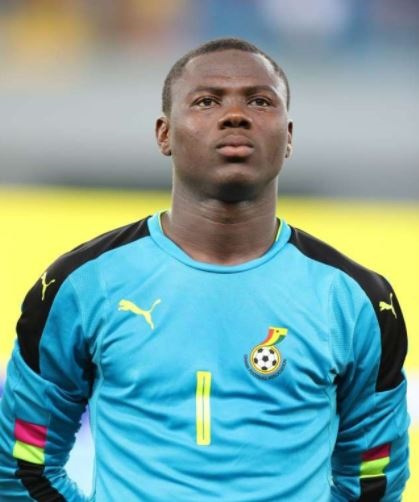 Black Satellites and King Faisal goalkeeper Ibrahim Danlad says he is not perturbed by accusations from some Ghanaians that he age-cheated during the U-17 World Cup.

Danlad first made headlines in 2017 when he represented Ghana at the U17 World Cup in India aged 14, the youngest member of the team at the time.

Ghana lost to Mali in the quarter-finals of that competition after Danlad committed an error that gifted the Malians a goal in the game.

According to the 18-year old, though the accusations affected him during the course of the tournament, he has now grown thick skin and is no longer worried about it.

“I was so down when we went to the Under-17 World Cup and people back home were accusing me of age cheating.” Danlad said.

“I was feeling very bad because I was fighting for my country and my people are doing this to me on social media and everywhere.

“It affected me and it showed in our game against Mali which I even made a mistake and we got eliminated from the competition.

“But now I have grown to accept that criticism is part of the job as Neymar always says it. So now it doesn’t worry me at all when people make those accusations against me.”

Ibrahim was adjudged the best goal-keeper in the just ended U-20 AFCON tournament in Mauritania where the Black Satellites lifted the trophy on Ghana’s 64th Independence day.

He has now  joined Ghana premier league side king Faisal on loan from Asante Kotoko.