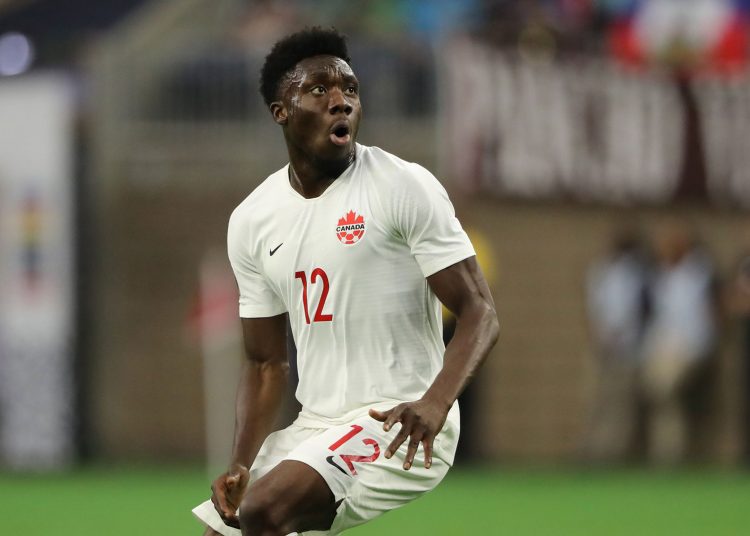 Bayern Munich star Alphonso Davies says he was saved from a life of guns and fighting by his parents’ decision to flee war in Liberia and become refugees in Ghana.

Davies was born in a refugee camp and spent the first five years of his life there before his family were resettled in Canada.

Now one of the most famous young players in the world thanks to his outstanding contribution to Bayern’s 2019-20 treble-winning campaign and subsequent Club World Cup success, Davies is the first footballer – and first Canadian – to become an ambassador for the United Nations refugee charity UNHCR.

“My parents told me about the war that was going on in Liberia,” he said. “In that situation there are only two opportunities, either be part of the war or get out.

“My parents had no intention of carrying guns and shooting guns. I am happy they chose to get out.”

Even though memories of his time in the camp in Ghana are understandably hazy, Davies, 20, recalls days when there were “struggles to find food and water”.

“It was a tough road,” he said. “And it was amazing when they were accepted for a resettlement programme. I can visualize the smiles on their faces knowing they were going to a better life.”

Yet Davies is aware refugees, even once resettled, can be targets for racism, as he was in December after his partner, Canada women’s international Jordyn Huitema, posted a picture of the pair on social media.

“It is very important [to get rid of the stigma around refugees],” he said.

“As a footballer, I have encountered racism not too long ago. It is tough, not even being the colour I am but being resettled as well.

“It is about raising awareness because there are people out there who really don’t care. They say what they want. Those are the people we are trying to change and open their eyes to see we are all human beings no matter where you come from and we can all help each other as much as possible.”

Davies has already helped launch a Canadian government campaign ‘Together for Learning’ to promote access to quality education for refugees, and he intends to visit the area where he spent his first few years as soon as practically possible.

At some point, he also wants to meet members of the IOC’s Olympic refugee team due to compete in Tokyo this year.

Davies will do all this in conjunction with his blossoming football career, which this week has taken him to Florida where Canada’s World Cup qualifiers with Bermuda and the Cayman Islands are being held.

In December, Davies became the first footballer to win Canada’s athlete of the year prize, less than six years after he was spotted by a Vancouver Whitecaps scout during a trial game for his own team, Edmonton Wizards.

“My mum wasn’t too fond of the situation because I was going to Vancouver, by myself, at 14 years of age and schooling is a big one for my parents because they wanted me to have something to fall back on,” he said.

“I promised my parents I would stay the same and I wouldn’t change. I am happy they let me go and glad it worked out.

“But I will never forget where I came from and I want my story to give hope and excitement for other refugees to say, if he can do it, I can do it too.”

AFCON 2021Q [VIDEO]: “We will do everything possible to qualify” – Kudus Mohammed