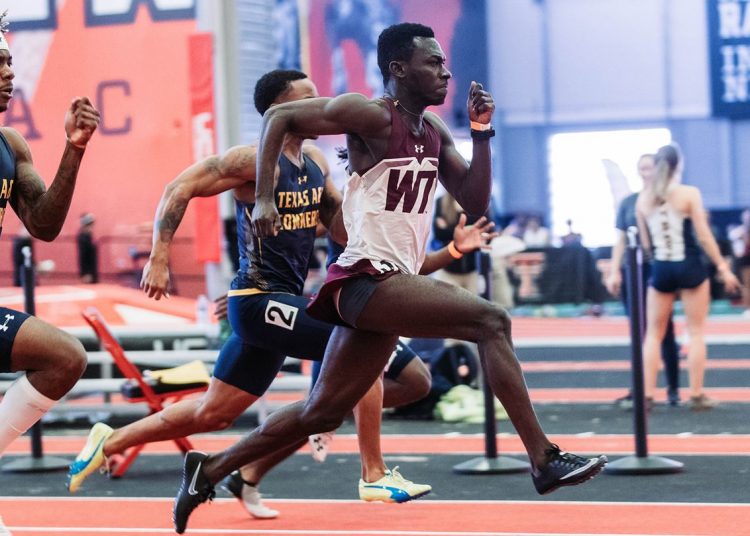 Ghanaian sprinter Benjamin Azamati has revealed that he was not expecting to run under 10.00 secs after breaking the national men’s 100m record over the weekend.

The West Texas A&M freshman run a time of 9.97 secs to break the record of Leo Myles-Mills which has stood since 1999.

The record also means that the former Presec and University of Ghana student has booked his ticket to the Tokyo Olympics.

“We were not thinking about a sub ten or anything like that going into the race.

“I was placed in the last heat  and when I saw the time from the first heat which was10.01, I said to myself it was too fast.

“One of my guys had run already and had told me that the track was really fast and that I could run a good time.

“It didn’t even feel like a 9.97 after I was done because I thought I had run a 10,” he revealed in an interview with sports journalist George Addo Jr.