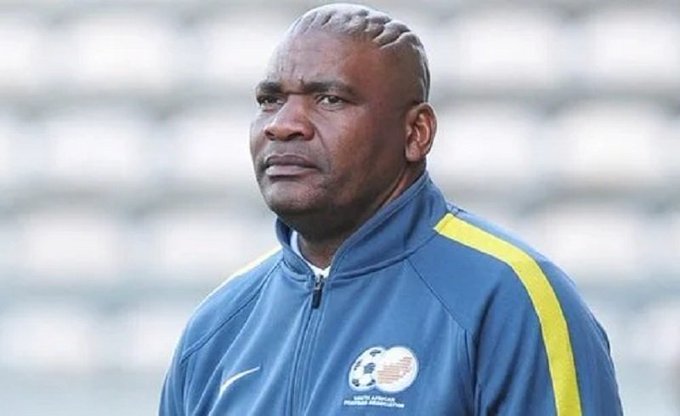 South Africa’s men’s football coach Molefi Ntseki has been sacked after Bafana Bafana failed to qualify for next year’s Africa Cup of Nations in Cameroon.

Ntseki was dismissed in the wake of a disastrous final two matches in qualifying – at home to Ghana and then away to Sudan – from which they got only one point.

Having been held 1-1 in the first game, they still only needed a point away in Sudan – but instead lost 2-0 and Sudan went through at their expense.

In the aftermath Ntseki admitted that he was “very much aware of the emotional pain we have caused all South Africans.”