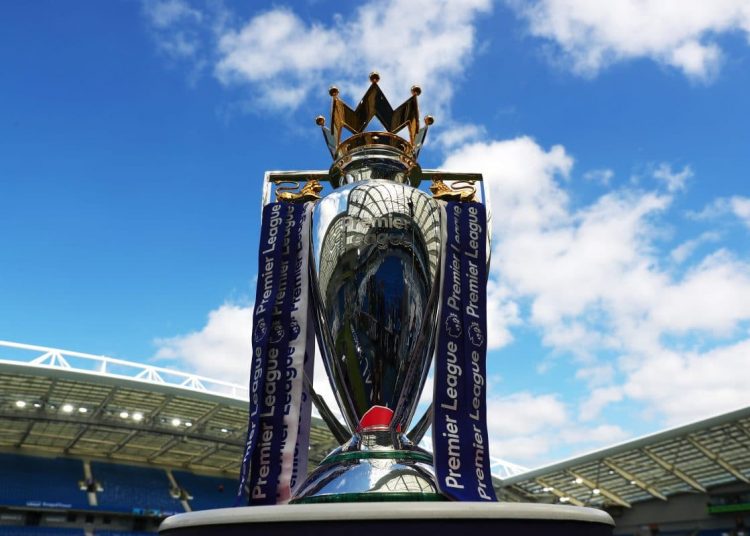 The 2020/21 EPL season has been an exciting one having seen defending champions, Liverpool, falter pretty much from the start in their attempt to defend their only PL-era title. The season has seen dark horses and unusual suspects in and around the Champions League spots.

The Champions-elect, Man City, have all but sealed the championship and by extension, Champions League football. Their current point haul of 71 points means two more wins could confirm their UCL participation next season. The league has been very competitive, hence 6 teams are in the hunt for UCL football. These teams are Man Utd, Leicester City, Chelsea, West Ham Utd, Liverpool and Everton. These teams are separated by 10 points; which only confirms a need to assess each teams chances based on their fixture list, key players and potential point outlay by May 2021.

Currently, the league table has teams playing at least 28 games with 10 more to play for some and 9 and 8 for others.

With their current run of form, Man City remain favourites for the title and will be placed for a 90 point plus haul. Their approach to away games has been devastating and with 63% of remaining games to be played away from the Etihad, Pep’s men will deliver the title and Champions League football for the Blue half of Manchester.

Wins in these difficult fixtures will seal the title in quick fashion for Pep’s men.

The return of Kevin De Bruyne will buoy the Citizens as they all but complete the wrestling of their title from Liverpool. Though his absence coincided with Gundogan’s peak form in a Man City jersey. He will be essential for the last stretch. Ruben Dias has been revelation to the PL and has understood the league quickly. His ability to read any danger and budding partnerships with John Stones and Aymeric Laporte only reiterates his importance to the City backline. His team of defenders have given City a solid base to operate.

With an impressive away form, their home form has been nothing worth praising. Ole’s men will need to draw inspiration from their Project Restart form to ensure UCL football is confirmed. 56% of remaining games being home games will worry most Man Utd fans but Ole can allay such fears with convincing performances.

United’s UCL hopes hinge on winning at home against Liverpool & Leicester. Winning all four away fixtures (Spurs, Leeds, Villa & Wolves) are a must.

De Gea needs to return to the team to offer the squad the needed base to attack freely. The creativity of Man Utd only passes through one person: Bruno Fernandes. Utd require Fernandes to be at his creative best to push the agenda of UCL football and a second-best total point haul since Sir Alex left 8 years ago.

Under Brendan Rodgers, Leicester have shown high levels of inconsistencies. This 2020/21, Rodgers has seemingly figured this out and relied on a solid defensive platform (Soyuncu, Evans, Fofana & Amartey) to allow his creative sergeants (Maddison & Tielemans) the freedom to unleash Kelechi and Vardy. Their UCL hopes will require the best from these 4 forward players.

Like Man Utd, Leicester have been difficult customers away from the King Power but only won 7 in 14 at home. This must improve in their remaining fixtures. A win against a visiting Man City side will increases chances and belief within the squad.

A firing forward line can see Leicester over the line. James Vardy and Kelechi Iheanacho will be the key men here. The last time Kelechi took to the field, he doubled his PL goal tally from 3 to 6 against Sheffield United. Another performance like that against his old employers, Man City, West Ham and Man Utd will surely set Leicester on their way to UCL football. Vardy has been missing from the goals in a while but his contributions to Leicester are still significant and will play an important role regardless.

Thomas Tuchel has been a revelation for the PL having failed to lose in any competition since taking over from Frank Lampard. His methods are eccentric but seems to be getting the blues out of Chelsea. The solid defensive base with his 3-5-2, 3-4-3, 5-3-2 variations have been successful so far.

Chelsea’s revival has been attributable to N’Golo Kante’s resurgence and Mendy’s presence in between the sticks. Chelsea can prevent opposition playing whilst cutting out any dangerous attacks through the industrious work of Kante. In event that their backline is breached, Mendy continues to pull out saves that make him undroppable now. Chelsea’s current run of games puts them in contention to potentially miss out.

The Hammers look like they’re on their way to make UCL football. The expansive football is one that has not been associated with the Hammers in a long while. The defensive solidity as well makes them very tricky customers home and away. Their game in hand will play a massive role in securing UCL qualification.

The boys from the London would be essential in WHU’s pursuit of Champions League football. West Ham have been unconventional in their approach this season and it has yielded many surprise results. They have games against teams vying for the same UCL spots they are in search of. Wins against these three whilst holding their own against teams in the lower half of the PL table will secure the coveted UCL qualification.

A feeble PL defense never follows an imperious PL championship win. However, injuries, abysmal 2021 home form and Klopp’s insistence on using his essential middlemen as defenders coupled with players suffering from a success hangover, it is understandable why Liverpool find themselves where they are. They have started to chalk some impressive results in UCL and may need to continue all the way to winning the competition as its presents their best opportunity to play in the competition next season.

Wins against Arsenal, Aston Villa and Man Utd are non-negotiable if Klopp wants a chance to be in the running for UCL football. Liverpool would also want to erase memories of the 7-2 thumping against Villa and their sub par FA Cup performance against Man Utd. Winning at home must also be a priority in the last 9 game weeks for Klopp.

The return to fitness and his natural position in midfield has helped Liverpool return to winning ways. Fabinho will allow Thiago, Curtis Jones and Wiljnaldum the freedom to operate and support the Liverpool forward line. Mo Salah has been the only one bright spot in Liverpool’s poor season so far as he has scored 17; 10 better than his fellow African Sadio Mane

The Toffees started the season brightest with an impressive run of results and ending 3 gameweeks in 1st position. The injuries to Allan, Rodriguez and Dominic Calvert-Lewin affected their UCL hopes and their inability to recover has seen them hover on the fringes of the top 4.

The fixtures on the horizon against three London sides; Spurs, Arsenal and West Ham, are essential for Ancelotti’s men. Whilst they have been camped just outside the UCL spots, Everton have been poor at home and only won 2 of their last 5. Their outstanding fixture against Aston Villa would require them to be ruthless and record a victory to move above and secure continental football.

The Brazilian contingent of the Everton squad have it all to do. Everton will require Richarlison goals and Allan’s excellent protection to stand a chance in qualifying for European football. The rich vein of form Richarlison has found himself in is required as Calvert-Lewin is only returning from injury and may not be as the same levels as earlier in the season.

The top 3 positions are pretty like current positions. The 4th UCL spot is that which may be up for grabs. Chelsea would require their current record under Tuchel (yet to lose) to continue. If that continues, Chelsea may sneak into 4th. Other than that, West Ham would be better placed to take advantage of their newfound team spirit and game in hand whilst the Merseyside clubs would have to settle for places in Europa League, should Spurs fail to beat Man City in the Carabao Cup.