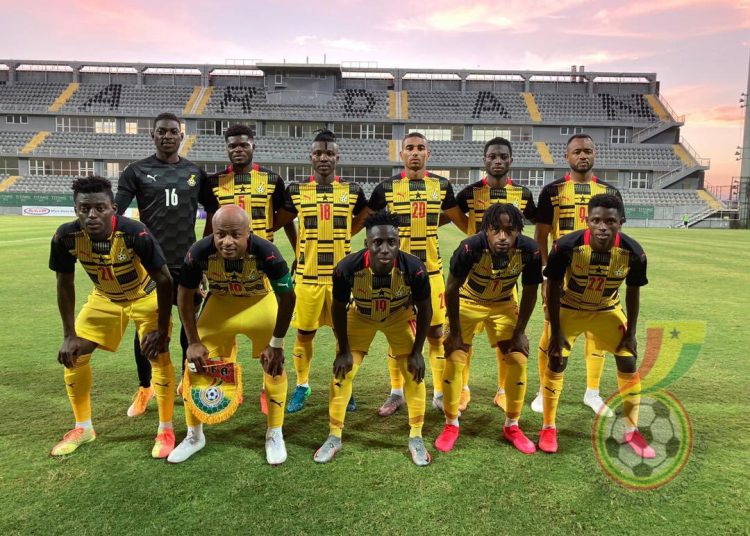 Ghana have moved back into the top 50 football nations in the world, taking up the 49th position, according to the latest edition of the Fifa World Rankings announced on Wednesday.

Occupying the 52nd spot on the last release in February, April’s table sees the Black Stars jump up by three places, taking spots between Northern Ireland (48) and Costa Rica (50). A small rise in total accumulated points was recorded, having moved from 1424 to 1425.

Despite the improvement, the West Africans’ current position is three less than they held in April last year.

Among all the nations in the word, Guinea Bissau are the biggest movers on the table, having jumped up by 11 places to the 108th position. Conversely, Mozambique, another African side, dropped by the most places on the ranking, falling by 11 spots to the 117th position.

Ghana’s upward movement on the ranking is largely down to a 1-1 away draw with South Africa in the 2021 Africa Cup of Nations qualifiers and a 3-1 home victory over Sao Tome and Principe in the series three days later.

The results adequately secured the Black Stars a place in the next Afcon tournament to be hosted by Cameroon in January next year, their 23rd qualification for the continental showpiece.

Back on the word table, there was no change among the top six as Belgium, France, Brazil, England, Portugal and Spain keep their positions from February. Italy have moved up to take over the seventh position, sitting just ahead of Argentina, Uruguay and Denmark in that order.

Ghana next return to action in June when they take on Ethiopia and South Africa in the 2022 World Cup qualifiers.

The next edition of the rankings will be announced on 27th May.