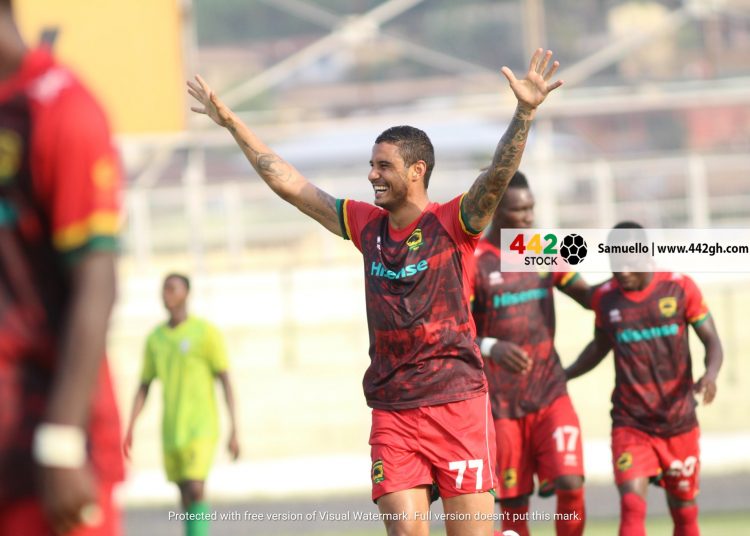 Michael Vinicius is off the mark for Kotoko

Asante Kotoko’s new Brazilian signing, Michael Vinicius, showed great awareness in the box to poke home his debut goal for the Porcupine Warriors in the 4-0 win over Bechem United on Wednesday.

Vinicius, 27, joined Kotoko on a free transfer last month and only arrived in the country 10 days ago to join the rest of his teammates.

It was reported the player lacked fitness and needed at least 4 weeks to get ready to play.

But new head coach, Mariano Barreto had already seen enough in his one week at the club and handed the Brazilian his debut, 10 minutes from time against Bechem with Kotoko leading 3-0.

After Augustine Okrah’ shot came off the upright, and back into play, Vinicius showed adequate awareness to be in the right place at the right time to return the ball into the back of the net with his first touch of the game.