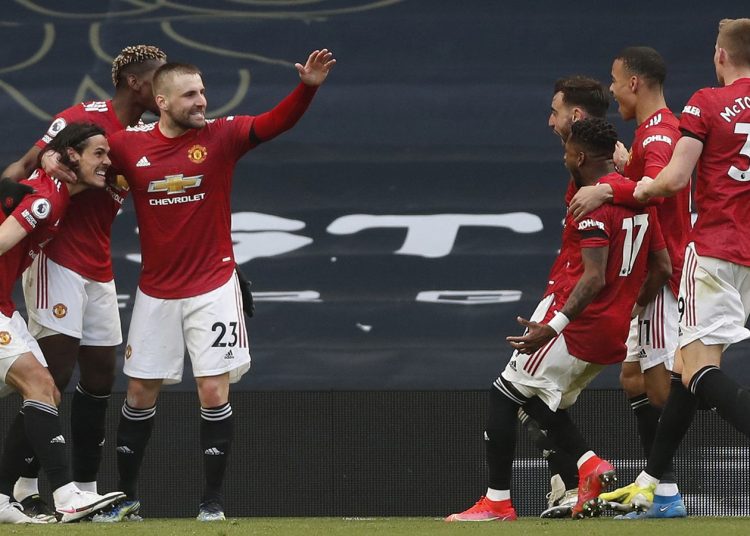 Manchester United inflicted further damage on Tottenham’s hopes of making the Premier League’s top four as they came from behind to secure a fully deserved victory.

Spurs went into this game knowing victory would keep them in touch with the Champions League places but another colourless performance led to what could be an expensive defeat.

Edinson Cavani thought he had given United a first-half lead with a smooth finish from Paul Pogba’s pass but the goal was controversially ruled out by referee Chris Kavanagh following a video assistant referee consultation after Scott McTominay caught Son Heung-min with his trailing arm.

United’s sense of injustice was increased when Son put Spurs ahead before the break but the visitors recovered impressively for a win that leaves them 11 points behind leaders Manchester City with a game in hand.

Fred was involved in the build-up and conclusion of the equaliser after 57 minutes, pouncing after Spurs keeper Hugo Lloris had saved well from Cavani.

And Cavani finally got the goal his superb movement and constant menace deserved with 11 minutes left when he launched himself to head beyond Lloris from substitute Mason Greenwood’s cross. Greenwood completed the formalities with virtually the last kick of the game as he provided a finish that was too powerful for Lloris at his near post.