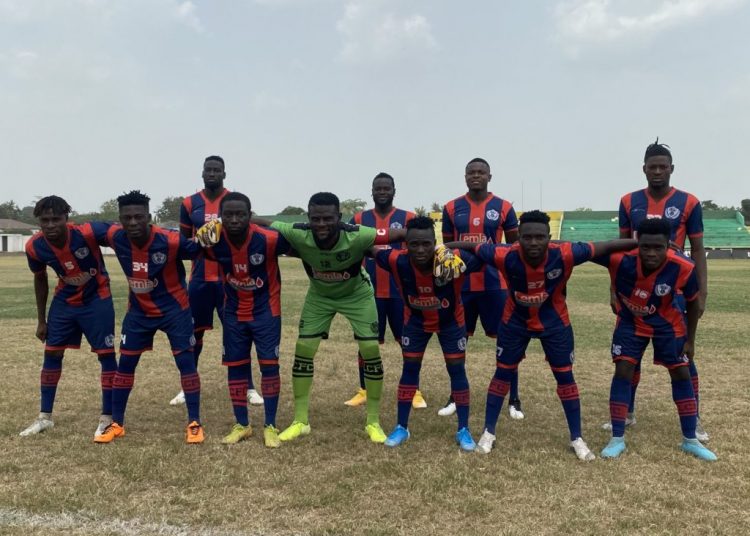 Legon Cities secured a 2-0 win over local rivals Accra Great Olympics in the Accra derby on Sunday in Match week 19 of the Ghana Premier League.

Legon Cities went into the game looking to put behind them a controversial 2-1 loss to Berekum Chelsea in Match week 18, a game in which Legon Cities head Coach Bashir Hayford accused the home team of intimidating match officials.

The first half would end in a goalless stalemate as both teams failed to find the back of the net but Legon Cities returned from the break with more purpose and were rewarded in the 58th minute when Nicholas Mensah gave them the opening goal.

Jonah Attuquaye  then doubled the lead for the Royals in the 70th minute.

The Dade Boys were unable to find a way back into the game and the defeat dealing their title hopes a big blow.

The defeat leaves Accra Great Olympics in second place while Legon Cities sit in 15th place on the league log with 22 points.