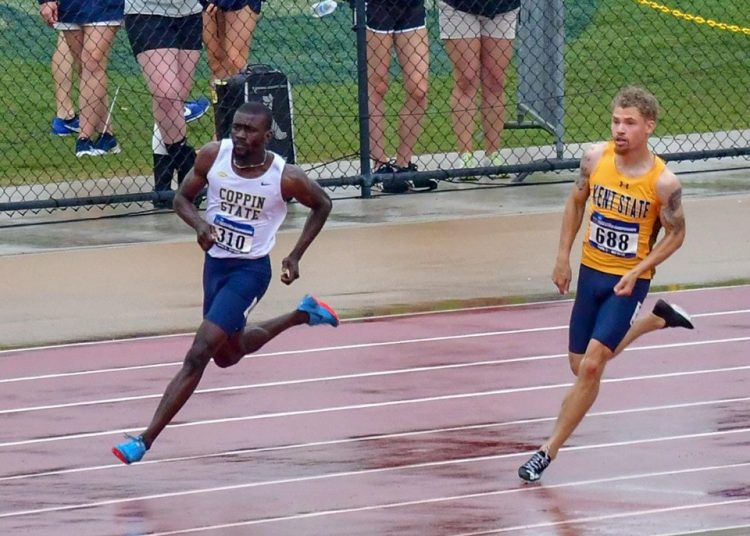 Ghanaian sprinter, Joseph Paul Amoah, has opened his outdoor season in the sprints with wind-aided fast times in the 100m and 200m events at the Aggie Invitational in North Carolina on Saturday.

Amoah, who has already qualified for the Tokyo Olympics, won the 100m race with a 10.00s flat run, backed by a strong 3.0m/s wind.

While the time is a new Personal Best for the Coppin State University graduate, it will not count because the wind speed exceeds the permitted limit of 2.0m/s. His PB remains at 10.01s, which he ran to qualify for the Olympics in June 2019.

Ghanaian sprinter Joseph Paul AMOAH opened his sprint season with a wind-aided 10.00s and 20.36s times in the 100m and 200m respectively at the Aggie Invitational in NC on Saturday. AMOAH has already booked his ticket for the Tokyo Olympics, doing so in June 2019. #Citisports pic.twitter.com/r73OJ4QkRP

Amoah was supposed to open his outdoor season two weeks ago but it was delayed as a result of a hamstring injury.

He did compete in an experimental 400m last week, where he finished with a 47.64s clocking.

The Ghana Athletics Association will be happy Amoah is finally back on track. A key member of Ghana’s 4x100m relay team, the GAA will be hopeful he stays fit enough to lead the team for an Olympic qualification bid at the world relays in Poland at the beginning of May.

Compatriot, Benjamin Azamati started the outdoors in blistering fashion, setting a national record in the 100m two weeks ago.