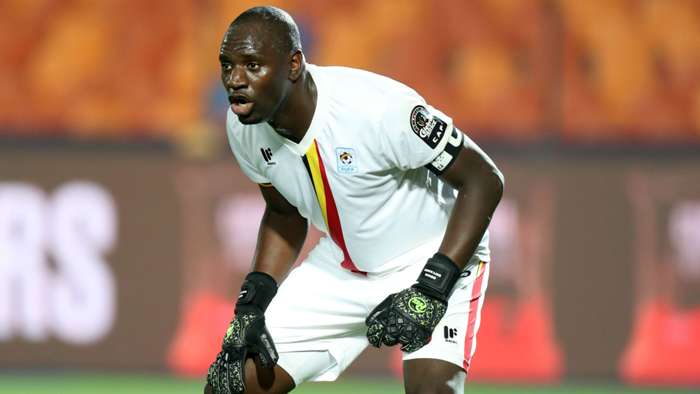 Having amassed over 70 caps with the Cranes since 2005, Onyango announced his retirement on Monday just two hours after helping Masadanwana beat Chippa United in a Premier Soccer League match.

His time with Uganda also comes to an end exactly two weeks after they failed to qualify for the 2022 Africa Cup of Nations finals under his captaincy.

“It is with a heavy heart that I am announcing my retirement from international football,” Onyango announced on social media.

“After much consideration, my family, managers and I, decided it was in my best interest to hang my gloves on my beloved Cranes of Uganda Big thanks to every Ugandan over the years.

Writing to the Federation of Uganda Football Association, Onyango, who turns 36 on Thursday, said he believed the Uganda coach would have enough time to select a new captain and number one goalkeeper before the 2022 Fifa World Cup qualifiers.

“The letter represents my official notice of retirement from the Uganda national football team.”

“It has been a great pleasure and honour to represent my country and I will always appreciate the experience and knowledge that I have gained while playing for the Cranes. I believe that my notice period is sufficient enough for the technical team to adequately prepare my replacement for the upcoming days.

“By remaining a true patriot and supporter of football in my beloved Uganda, I wish you all the best in your future endeavours and challenges.”

Either Chippa United goalkeeper Ismael Watenga or Al Hilal’s Jamal Salim is likely to replace Onyango as the Cranes number one goalkeeper.

The biggest highlight of the Sundowns goalkeeper’s time with Uganda was captaining them at the 2019 Afcon where he guided them to the Round of 16.

On Saturday, he had hinted at retiring while paying tribute to Wasswa.

“Thanks for everything my brother Hassan Wasswa16. On and off the field, you were one of the best guys around. Congratulations on a great 13-year Cranes of Uganda career and know I am soon following suit. But first, enjoy your retirement and be proud. All the best team warrior and fighter,” said Onyango.

[VIDEO] Destroyed building of Christian Atsu after the earthquake in Turkey