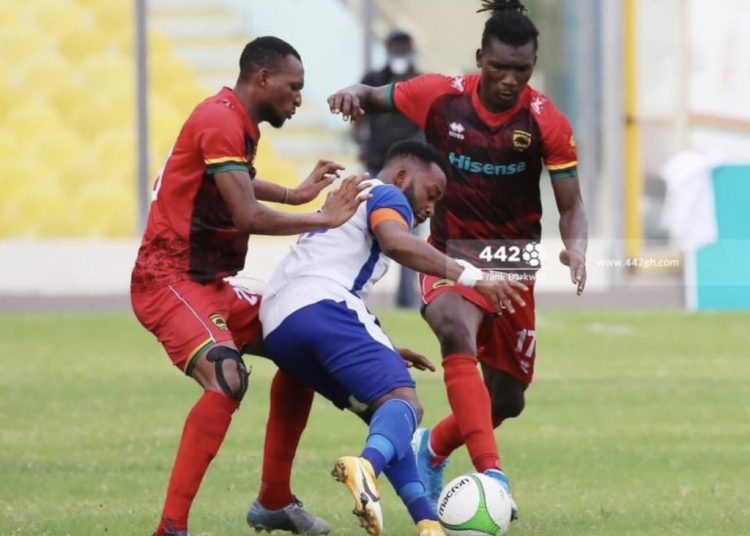 Kumasi Asante Kotoko held Accra Great Olympics to a goalless draw at the Accra Sports Stadium on Friday in Match Week 20 of the Ghana Premier League.

Both teams were looking to secure all three points in a bid to boost their title bid but in a game that was highly competitive, the two sides failed to find the back of the net.

The Dade boys dominated possession in the first half with Samuel Ashie-Quaye and captain Gladson Awako leading the charge.

Asante Kotoko were playing deep in their own half and relied on the counter attack.

Both sides failed to create any clear-cut chances in the first half.

Brazilian forward Michael Vinicius was introduced in the game in the 65th minute to replace Emmanuel Gyamfi, who had a quiet game.

The game opened up as both teams tried to find the opening goal.

Godfred Asiamah was close to breaking the deadlock in the 79th minute but his effort was saved by the Olympics goalkeeper.

The result leaves Kotoko at the summit of the table with 35 points while Olympics remain in 2nd place with 34.

However, the standings on the table may change based on other results from the outstanding games.