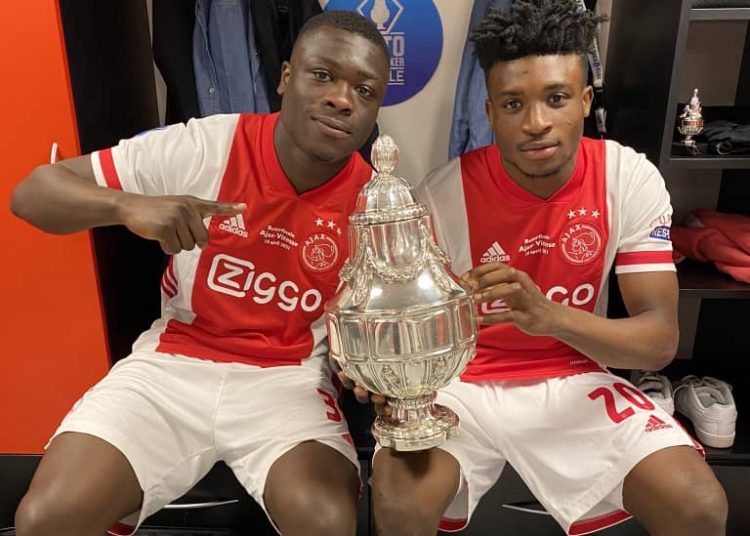 Ghanaian international, Mohammed Kudus has won his first trophy with Ajax Amsterdam after the Dutch giants beat Vitesse 2-1 to clinch the KNVB Cup.

The 20-year-old has been on the sidelines of the Ajax team after returning from a long term injury.

Kudus has featured just once in the KNVB Cup, playing 31 minutes against Heerenveen.

The former Nordsjalland man watched the entire game on the bench as Ryan Gravenberch scored the opener on the 23rd minute of the game. Loïs Openda capitalized on a slip from Lisandro Martínez and grabbed the equalizer.

The game seemed to be heading for extra time despite Rasmussen’s red card. In the dying embers of the game, David Neres scored and gave Ajax their first trophy of the season.