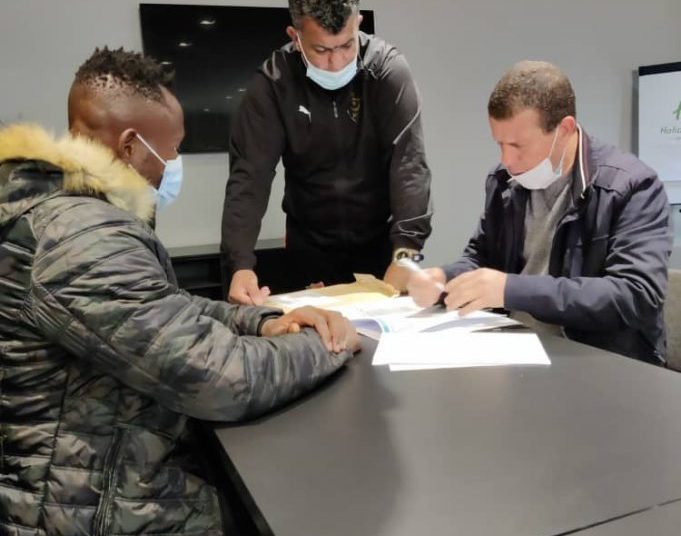 Esso signed a 3 yea deal with the club on Monday following a successful medical .

The 24 year old, who joined Dreams FC from Hearts of Oak last year, becomes the third striker to move to Algeria from the Ghana Premier League after Daniel Lomotey and Kwame Opoku joined ES Setif and USM Alger respectively.

Dreams FC announced the deal last month but the player continued to stay with the Dawu-based club where he has scored 11 goals in 19 games this season.

Esso earned a first Black Stars call up last month but was an unused substitute in two AFCON qualifying matches against South Africa and Sao Tome and Principe.

'We're here for you': Spartak Moskow asks fans of European Super League 'rebels' to join them