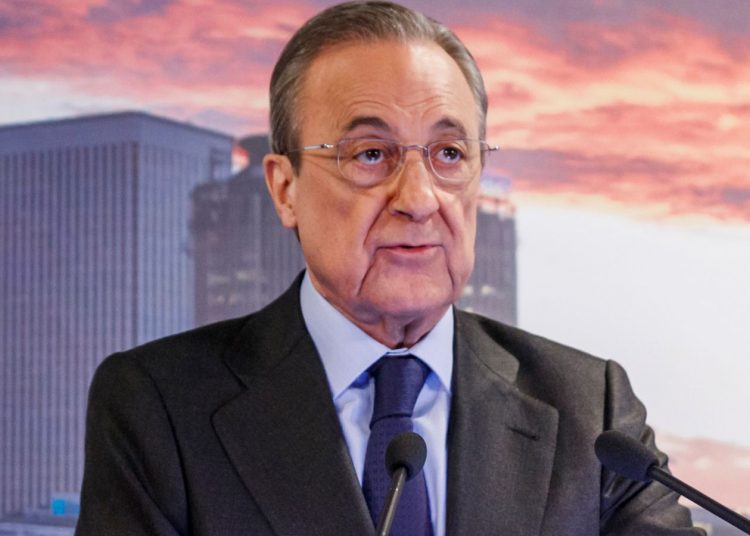 Real Madrid president Florentino Perez insists the European Super League is not “dead” despite the competition collapsing just 48 hours after it was announced.

However, the plans began to crumble on Tuesday, when Chelsea and Manchester City withdrew following a furious backlash from supporters, the Premier League and UEFA.

Manchester United, Liverpool, Arsenal and Tottenham then pulled out on Tuesday night, leaving Juventus chairman Andrea Agnelli to admit on Wednesday morning that the Super League could no longer go ahead.

Inter Milan, AC Milan and Atletico also withdrew on Wednesday, but Perez – who was due to be the chairman of the league – remains bullish, telling Spanish radio show El Larguero: “If anyone thinks the Super League is dead, are they wrong? Absolutely.

“We’re going to keep working and what everyone thinks is for the best will emerge.

“The project is on standby. The Super League still exists.”

Perez admits one English club was not “convinced” and that their doubts became “contagious”.

“I’m a bit sad and disappointed because we’ve been working on this project for three years,” he said. “There was someone in the group of six English teams who wasn’t that interested and I think that started to become contagious among the others.

“There are people of a certain age involved and maybe they were scared because they didn’t understand anything that was going on. We all signed a binding contract, but I don’t think that one of them was ever convinced.

“In the end, there was an onslaught from the leagues and the Premier League got fired up, so they said, ‘we’ll leave it for now’.”

A joint statement from the English, Spanish and Italian FAs and leagues, plus UEFA, on Sunday threatened the 12 Super League clubs with expulsion from their domestic competitions and suggested their players could be banned from representing their countries.

Supporters also reacted with outrage, with Chelsea’s decision to backtrack coming amid protests outside Stamford Bridge ahead of their game against Brighton on Tuesday night.

Perez told El Larguero that “40 Chelsea fans” were protesting, adding, “I can tell you who got them there if you want.” However, he produced no evidence to substantiate his claims, and images from Stamford Bridge showed hundreds of supporters gathered to protest.