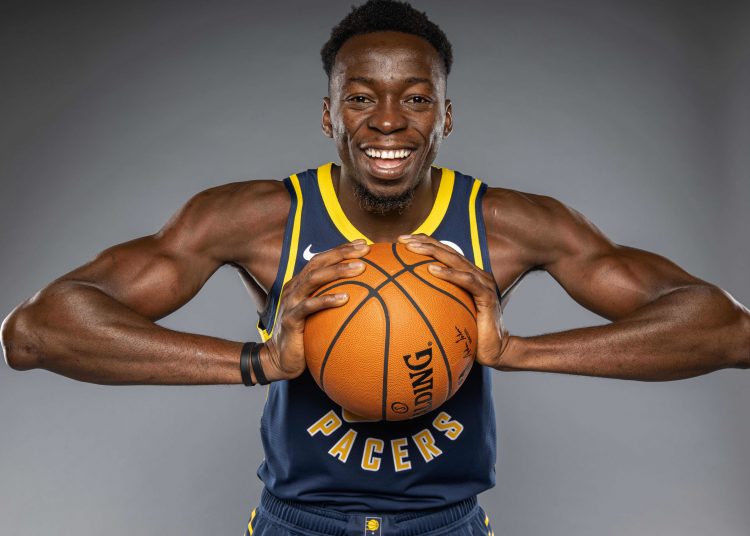 A two way contract is a deal that allows an NBA franchise to carry two extra players in addition to the 15 on their regular season roster.

These players spend the bulk of their time with the G – League affiliate of the team but are under the control of the NBA team and are eligible to play for them.

Prior to inking the deal, Brimah was on an exhibit 10 contract with the Pacers in November 2020 before he was eventually waived.

He was brought back by the Mad Ants in January 2021 but officially joined the team in February until his latest two way deal with the Pacers and has averaged 8 points and 8.5 rebounds in 23 minutes.

The deal was announced by his agent and first reported by ESPN’s Adrian Wojnarowski.

Brimah is yet to see NBA action spending the 2017/2018 and 2018/2019 campaigns with the Austin Spurs but could soon see that situation change following the Pacers announcement that centre Myles Turner is out indefinitely.

He was a member of the 2013/2014 UCONN National Championship winning team.