Watford clinch promotion back to the Premier League 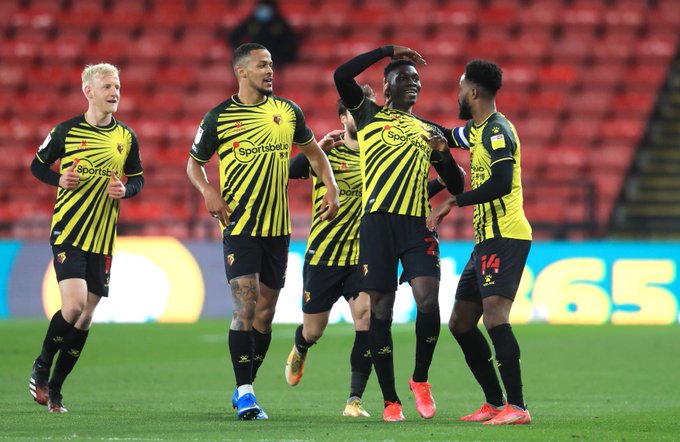 Ismaila Sarr’s penalty early in the first half proved to be just enough to earn Watford a 1-0 victory over Millwall and confirm an instant return to the Premier League.

Brentford’s win at Bournemouth earlier in the day meant that only three points would be good enough for Xisco Munoz’s Hornets to be promoted alongside Norwich, who came down with them last season.

Millwall came close on a number of occasions to delaying a promotion party that traditionally sees Hornets fans jump in a town-centre pond, but Sarr’s 11th-minute penalty proved enough to book their place back in the top flight.