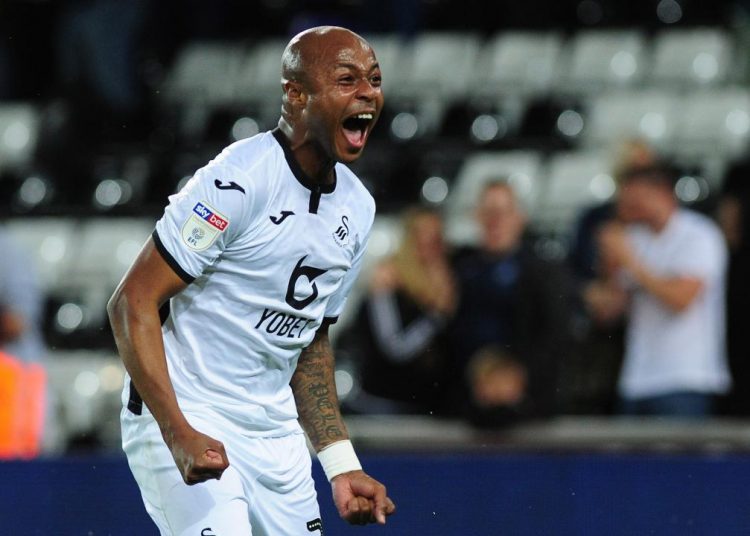 Swansea City attacker Andre Ayew made a scoring return to action as his 83rd minute strike was enough to secure a hard fought 2-2 draw with Reading in the Championship on Sunday.

The draw secures qualification for the promotion play-offs for Swansea City.

Ayew came in the 64th-minute as a substitute, after sitting out Tuesday’s 1-0 loss to Queens Park Rangers, having picked up an injury in a 2-2 draw with Wycombe Wanderers two matchdays earlier.

Yakou Meite opened the scoring for Reading but Jamal Lowe leveled for the Swans in the 67th minute, before Ayew gave them the lead in the 87th minute, however they could not hold on to that lead as Tomas Esteves ensured the sharing of the spoils at Madejski Stadium.

This is the 31-year-old’s 16th strike of the regular season, a goal higher than he reached last term.