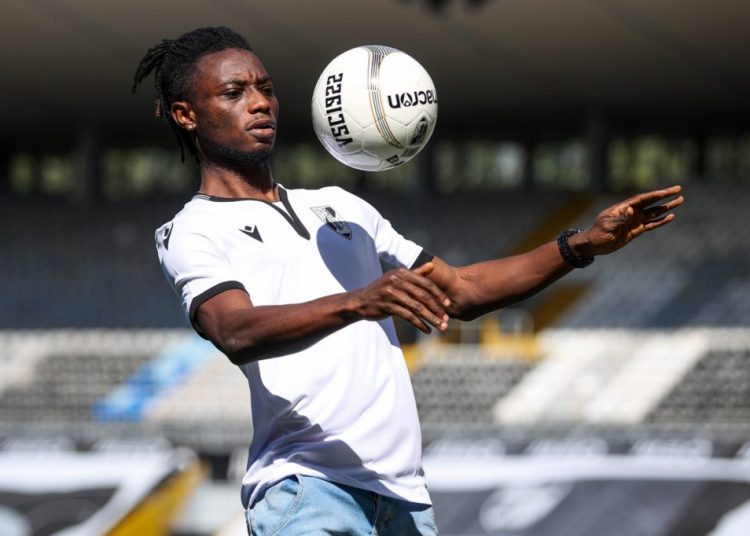 Black Stars and Vitoria Guimaraes left back Gideon Mensah has confirmed to Citisports that the breach of a non-disclosure agreement led to a collapse of his transfer to Spanish Giants Barcelona in 2019.

Mensah is on loan at Guimaraes from his parent club Red Bull Salzburg.

He caught the eye of Barcelona in the summer of 2019 after impressing in preseason games against Real Madrid and Chelsea.

Mensah says the interest from Barcelona was legitimate but his representatives failed to keep a tight lid on the proceedings leading to the move fizzling out shortly afterward.

“My former agent called me one time and asked if I was open to a move to Barcelona.

“He told me that he received a call from Barcelona informing him that they needed a back up left back for Jordi Alba because their regular back up had departed to Monaco.

“If the deal went through I was going to have a first team contract on loan while I played in the second team.

“If there was the need I would step in as back up.

“He spoke to me in the night and the next morning I woke up to the news all over Facebook.

“I called him and questioned him about how the news got out.

“He was not someone who was familiar with the Ghanaian media so I was in shock.

“He denied knowledge of how the news got out.

“We were supposed to stay underground with the move until it was concluded.

“Down the line I stopped working with him,” he narrated on The Tracker on Citi TV.

The 22 year old has been ever present for Vitoria Guimaraes this season on loan but is set to return to his parent club Red Bull Salzburg at the end of the current campaign.