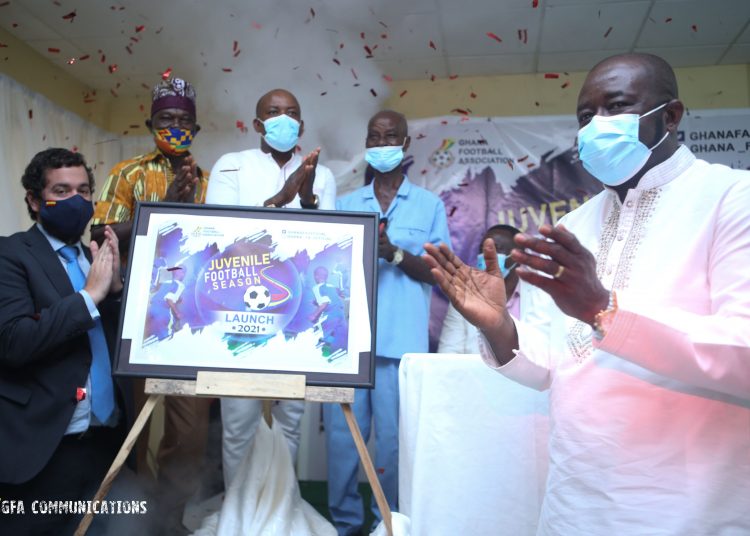 The event took place at the GFA Secretariat at Ridge., Accra. 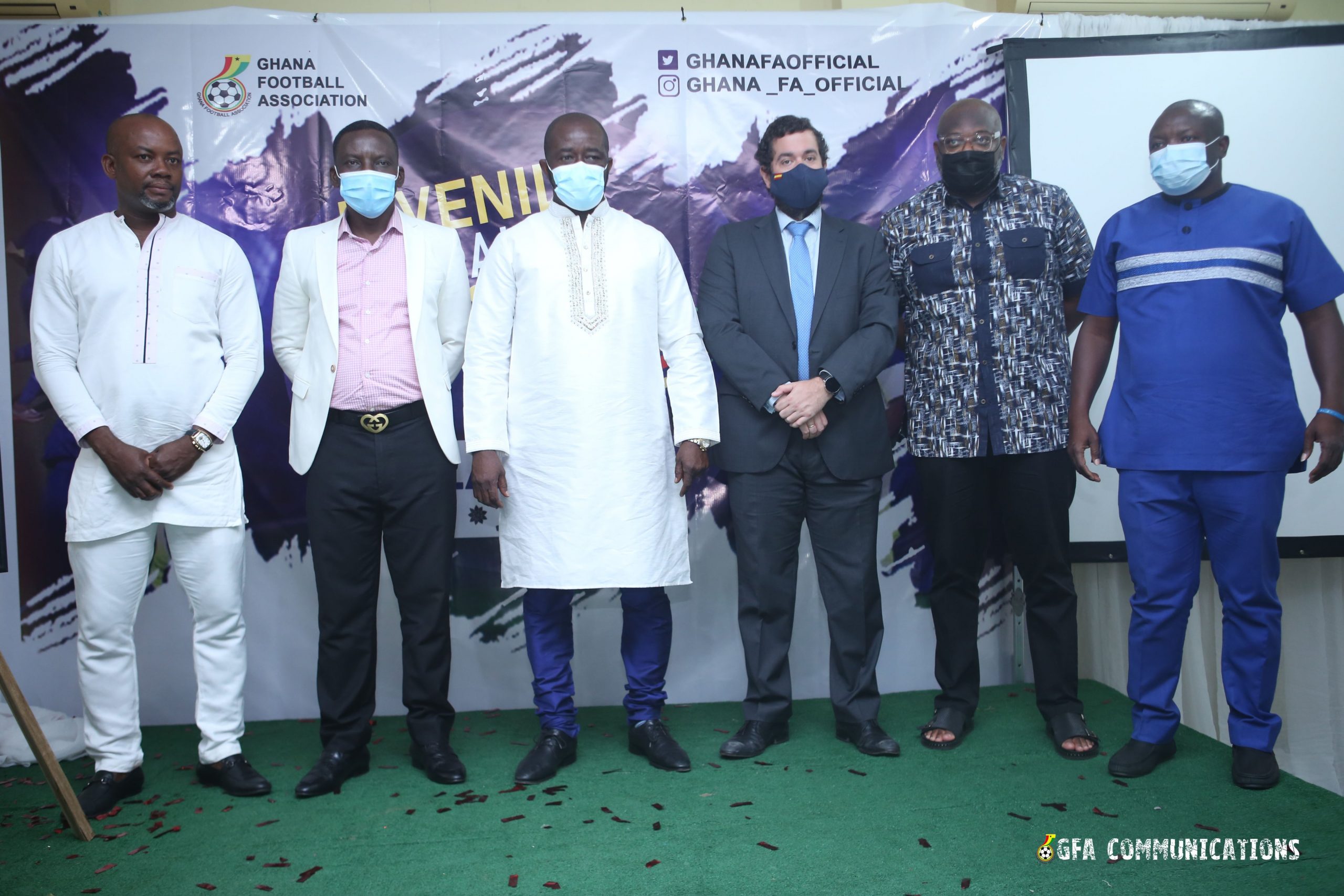 The juvenile football tournament is slated to commence on May 7, 2021.

This project forms part of GFA President, Kurt Okraku’s, campaign “Bring Back The Love”, with the Juvenile League aimed at reviving and igniting the passion for the game.

“This project has been long coming, it has been on the cards for over a year and everyone involved is happy to see it start this time,” Okraku said.

“Juvenile football is an essential component of football development which is why we decided to bring this league to help build and shape dreams of children in Ghana.

“Our inability to compete at the junior level was as a result of the lack of commitment to juvenile football and now we have done that so hopefully things will get better for us as a country.

“We have to hit the ground running so the big hits from the league will get the right tuition, logistics so as to achieve their dreams.”

THE BODY OF THE EXECUTIVE COMMITTEE

In effect to commencement of the league, the Executive Committee of the GFA named an eight member juvenile team chaired by the President of the Association Kurt Okraku with Executive Council member, Samuel Anim Addo joining him as the Vice Chairman of the committee.

The Juvenile Committee will be responsible for formulating policies for the development, control, promotion, management, organization and administration of juvenile football in Ghana.

The Committee will see to the formulating of regulations for the re-positioning of juvenile football in the country and assist in the formation and management of the National Juvenile Teams (both male and female).

The Committee is also tasked to instill discipline, fair play, patriotism and sportsmanship in juvenile football in the country.

The Committee, as part of its work, will aim at igniting passion in the juvenile football sector (formerly called colts football) which is the bedrock of Ghana football.

Deputy head of missions at the Spanish Embassy to Ghana, Mr Rafael Rodriguez,a special guest during the launch highlighted the importance of the novel league to football development.

“Juvenile football is important; You can’t have a professional football league and neglect Juvenile football. All the top division teams in Spain have a juvenile team and they all play a crucial part in football development.”

Rafael Rodriguez also hinted on a likely partnership between the GFA and La Liga which will help the country produce more professional players.

THE ROLE OF THE RFA’s

The Regional Football Associations have been tasked to be the mother bodies of the juvenile football .

The GFA president, Kurt Okraku also tasked the RFA’s to deploy the game center strategies to ensure safety in the midst of Covid.

“RFAs are the main bodies they will see to the organisation and handling of games at the regional level,” he said.

“Winners of the Competition would have the chance to compete on the national level in a special Champions competition.

“The best players in the juvenile league will be given the chance to join the National U-17 side.