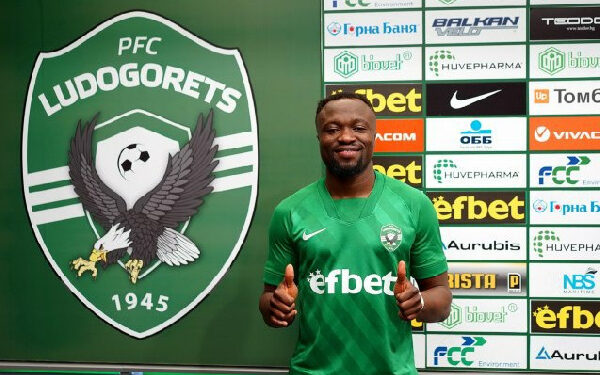 Ghana International, Bernard Tekpetey, has stated his desire to make a return to the National team, the Black Stars.

Tekpetey made his debut for the country in the 2017 AFCON tournament in Gabon but has since not featured for the national team.

He has enjoyed a successful season in Bulgaria with his club side Ludogorets Razgrad, clinching the Bulgarian league title, with four games to spare.

The 23-year-old has so far made 23 league appearances, with 15 of them starts. His only goal came in a 1-0 victory over CSKA Sofia in February.

“Of course since I have played for the national team already I will not be surprised.”

“I am trying to do my best with my club and once the scouting and coaching team are there if they monitor me and realized my performance is good and invited, I will be really glad about it to come and represent the nation once again”

“So it is all about prayers and hard work and that is what I am doing over here.

“So if they realize I am doing well and invite me I will be really happy to be back again into the national team,” he told Kumasi-based Wontumi FM.

The qualifiers for the 2022 Qatar World Cup which was originally scheduled for June has been moved to September this year by FIFA.

Tekpetey will be hoping that his name would come up when head coach C.K Akonnor reveals his squad list for the qualifiers.