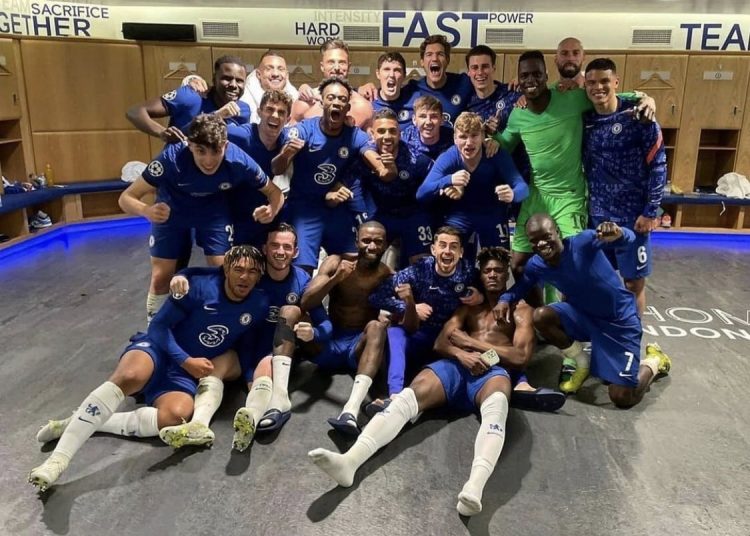 Chelsea’s dressing room erupted into a party after the Blues swept aside Real Madrid to reach the Champions League final on Wednesday night.

Thomas Tuchel’s side will contest an all-English showpiece against Manchester City on May 29 after overcoming the LaLiga giants 4-1 on aggregate, with Timo Werner and Mason Mount on target in the semi-final second leg to secure a 2-0 win on the night, with the squad gearing up for two finals.

It will be Chelsea’s first Champions League final for nine years, and the players didn’t take long to get the celebrations going after heading back down the tunnel at Stamford Bridge.

With no fans to enjoy the occasion with inside the stadium, the players huddled together with music blaring in the background in the dressing room.

Goalkeeper Edouard Mendy was at the forefront, holding a camera to record the squad bouncing around and screaming and pumping their fists in the air.

But it wasn’t just the players who were getting excited – Chelsea’s masseuse Billy McCulloch even got involved in the occasion as he was filmed by left-back Ben Chilwell dancing in the middle of the room.

The defender then encouraged him to ‘do the worm’, and he duly obliged, getting down to wriggle around on the floor, with delighted goalscorer Mount stepping in to dance alongside him.

Chelsea players posted a group picture of the team together to commemorate their place in the final, with Antonio Rudiger writing: ‘We did it – off to the final!!!’

Midfielder Mateo Kovacic posted the photo alongside the caption: ‘Istanbul next’, while Chilwell simply said: ‘This team!’.

Outside the stadium hordes of fans had gathered to welcome the team ahead of the game, while also protest against Real Madrid chief Florentino Perez and the Chelsea ownership for their involvement in the failed European Super League.

But the fans stuck around for the full time whistle to get their own celebrations going, with supporters drinking beer and getting on each others’ shoulders to toast their side’s success. 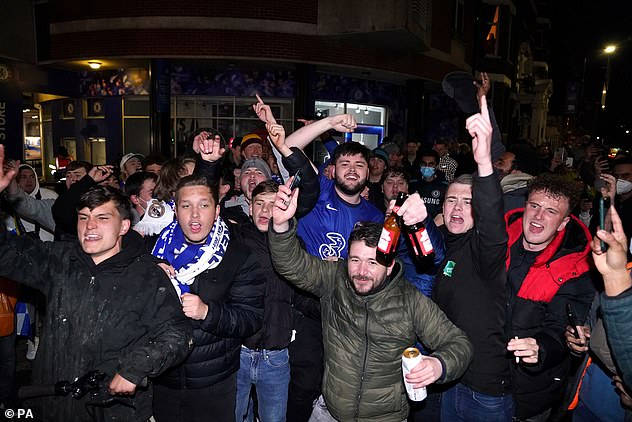 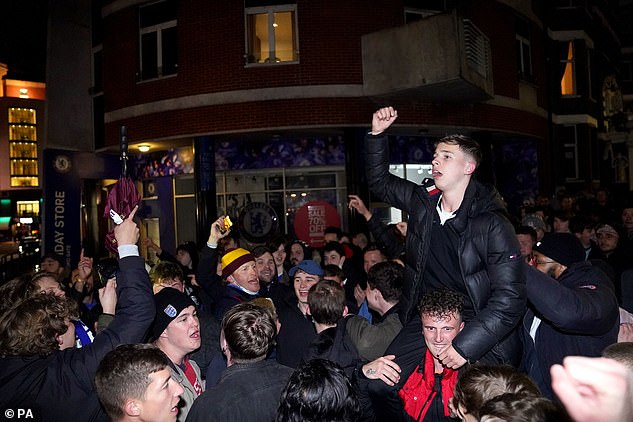 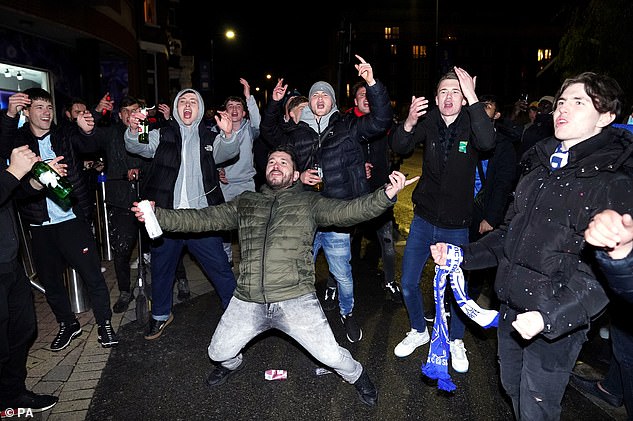 Chelsea have not one but two finals to look forward to – with the first coming against Leicester City in the FA Cup final on May 15.

Speaking after the game, boss Tuchel said he was ‘grateful’ to be manager of the team and could not have envisaged Chelsea would get this far under his leadership.

He warned ‘it’s not done yet’ after they booked their Champions League final spot but insisted the team would go there to win against Man City despite Pep Guardiola’s side being the favourites.

‘I’m happy, very happy that we achieved this,’ he said. ‘I’m very grateful to have the opportunity in my life in football and to have this as a profession. I am more than grateful to coach a team like this in a final.

‘The final? Ask me four days before the final when the last week arrives. It’s too early. Hopefully not but there can be injured players or players out of form.

‘Whatever happens, we need to wait and see. We hope to arrive with the whole squad and in the moment and with a good atmosphere. It’s not done yet. We want to go all the way, we want to arrive in Istanbul to win.’