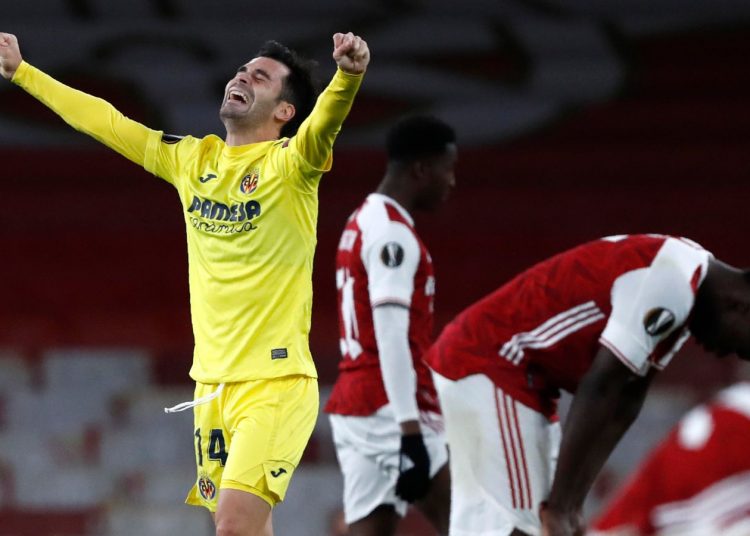 Arsenal’s season was left in tatters as Villarreal held on for a 0-0 draw at the Emirates Stadium to secure a 2-1 aggregate victory and a place in the Europa League final against Manchester United.

Following a 2-1 defeat in Spain in the first leg last week, the Gunners were sluggish as they tried to find the goal they so desperately needed, but they did have chances.

Pierre-Emerick Aubameyang’s volley struck the outside of the post in the first half and the Gunners skipper’s header hit the inside of the upright and bounced out with 11 minutes remaining.

The hosts, who threw on Gabriel Martinelli, Alexandre Lacazette and Willian in the closing stages, piled forward, but it was not to be their night as Unai Emery got the better of his former side, with Villarreal reaching their first European final, where they will face United in Gdansk on May 26.

Meanwhile, defeat in the tie capped yet another bad night in what has been a difficult campaign for Mikel Arteta and Arsenal. The Gunners now face the prospect of not qualifying for European competition for the first time in 25 years.