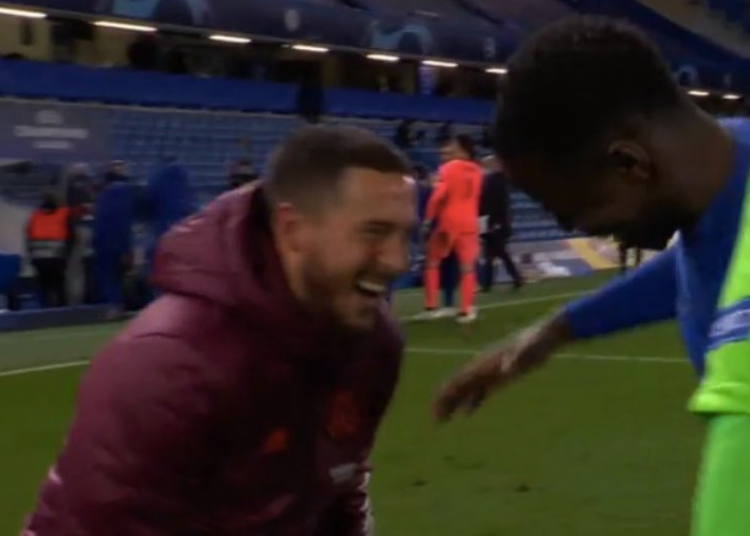 Eden Hazard has issued an apology to Real Madrid fans for laughing with a former Chelsea teammate after his side’s Champions League exit.

The Real Madrid winger was seen giggling with Kurt Zouma after failing to leave his mark in a 2-0 semi-final defeat at Stamford Bridge on Wednesday night.

On his Instagram Story, Hazard wrote: “I am sorry.

“I have read lots of opinions about me today and it was not my intention to offend the Real Madrid fans.

“It has always been my dream to play for Real Madrid and I came here to win.

“The season is not over and together we must now battle for LaLiga! Hala Madrid!”